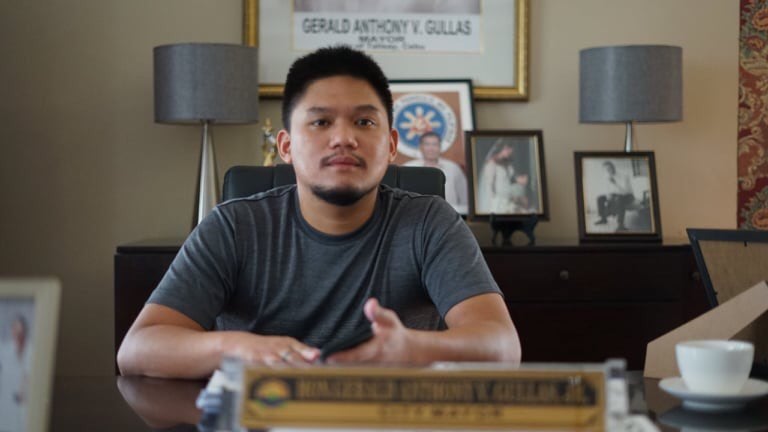 Mayor Gerald Anthony Gullas said that the drop in the number of new cases in his city was an indication that the intensified contact tracing which they implemented in the past days was “doing well.”

Contact tracing allows government workers to identify the immediate contact of COVID-19 patients and prevent the further spread of the infection in the community where they belong.  Talisay City’s contact tracers include 22 policemen and six personnel from the Bureau of Fire Protection (BFP).

However, Gullas said their fight against the infection is not yet over, thus city residents should never be complacent.

Gullas said that this early, he still cannot discount the possibility of the discovery of more COVID-19 cases in their city.

“I still believe that there are days that there will be sudden increases in cases. I believe contact tracing has played a big part in this fight,” the mayor said.

Gullas said they will have to also prepare for the reopening of their borders should Cebu City migrate to general community quarantine (GCQ) starting on August 1.

Gullas said that he was already in discussion with Governor Gwendolyn Garcia as to how they should implement the reopening of their border to already allow southern Cebu residents to report for work in Cebu City.

He said that while they want workers to already report for work, they do not also want an increase in COVID-19 cases in Talisay City and other southern localities.

“While we open up the economy and businesses in Cebu City, we have to be reminded that a lot of the workers come from Talisay, Minglanilla and other LGU’s in the south. But I want to remind everyone, [that the] last time this happened, we saw a massive increase in cases [in our city],” said the mayor.

Talisay City, Gullas said, only had 54 cases of the infection when they first reopened their borders starting on June 1.  COVID-19 cases in their city increased within a period of 15 days and while Cebu City was under GCQ then.

“So, while in the future, I believe we need to open up the economy especially in Cebu City, let’s be reminded of the minimum health protocols para ang nahitabo sauna dili na mausab pohon (so that what happened in the past will no longer be repeated),” said Gullas.

As of Monday, July 27, Talisay City already logged 687 cases of the infection with the addition of two new cases coming from Barangays Mohon and Bulacao.  But it also listed 480 patients already recovered from their infection. / dcb