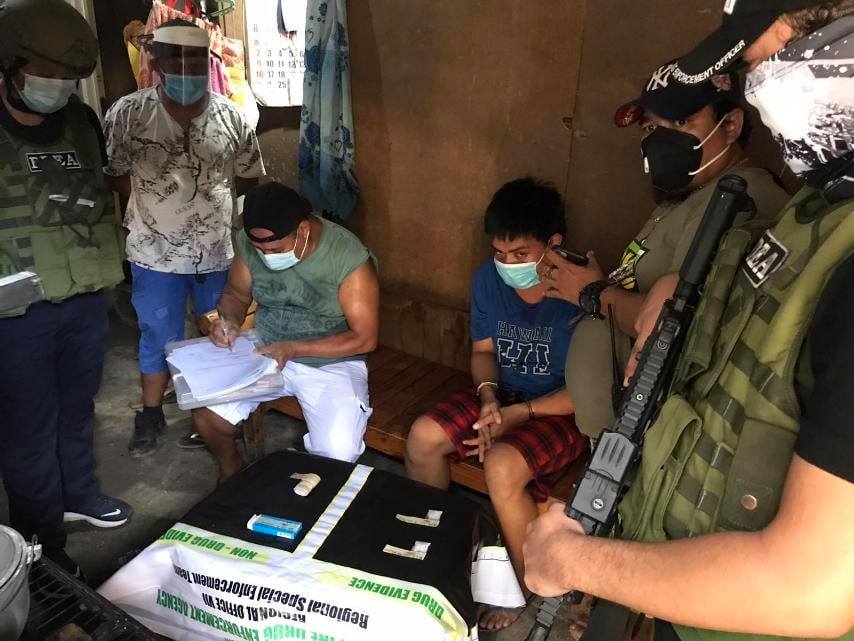 A 26-year-old man, who is said to be a member of a drug group, is arrested in a buy-bust operation conducted by the PDEA-7 in Barangay Duljo Fatima, Cebu City shortly before noon on Friday, July 31, 2020. | Photos Courtesy of PDEA-7

CEBU CITY, Philippines — A 26-year-old man, whom the Philippine Drug Enforcement Agency in Central Visayas (PDEA-7) tagged as a member of a drug group, was arrested in a buy-bust operation in Barangay Duljo Fatima, Cebu City.

Gervie B. Segalle of Barangay Candulawan, Talisay City was caught with 10 grams of suspected shabu during the buy-bust operation at around 11:30 a.m., this Friday, July 31, 2020, said PDEA-7 Spokesperson Leia Albiar in a phone interview.

Albiar said that the confiscated suspected shabu from Segalle had an estimated Dangerous Drugs Board value of P68,000.

Albiar said that the PDEA-7 team had been monitoring Segalle, who is on PDEA-7’s drug list, and his illegal activities for months before conducting the operation today, Friday.

Initial information from PDEA-7 showed that Segalle could dispose of 200 grams of suspected shabu for at least a week.

Segalle was detained at PDEA-7 detention facility in Barangay Lahug, Cebu City, pending the filing of charges for violation of sections 5 and 11 (selling and possession of illegal drugs) under the Republic Act 9165 or the Comprehensive Dangerous Drugs Act./dbs