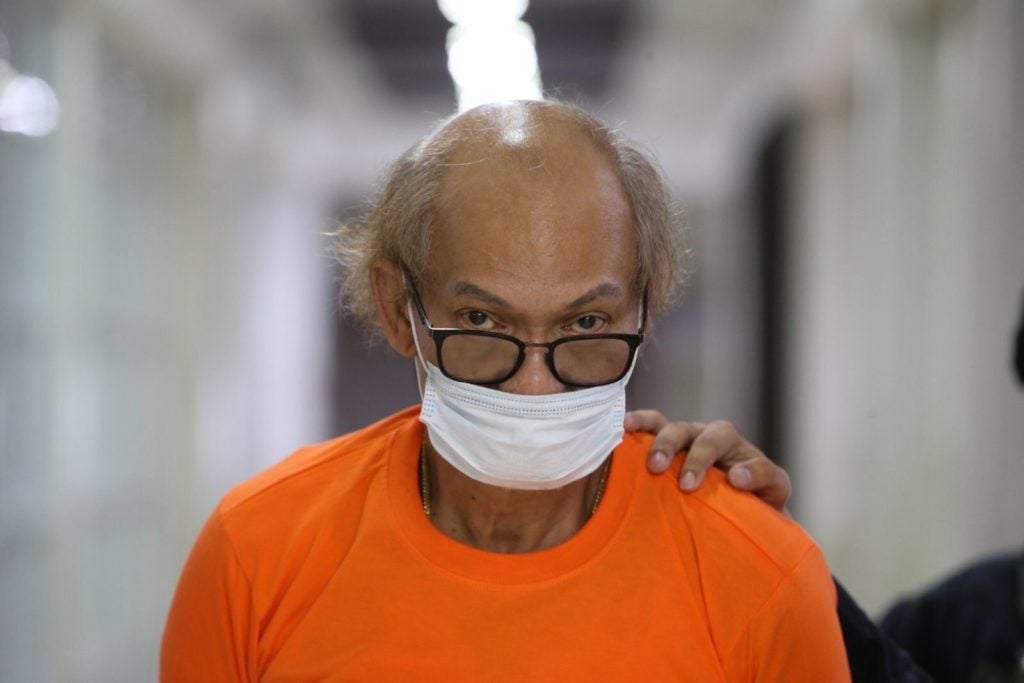 After almost a decade of hiding, captured fugitive and cult leader Ruben Ecleo Jr. is now serving his sentence of up to 60 years at the New Bilibid Prison (NBP) in Muntinlupa City.

The Bureau of Corrections (BuCor) confirmed that Ecleo, 60, was committed around 2 p.m. Wednesday at the NBP’s Reception and Diagnostic Center (RDC), a facility in the medium-security compound where newly admitted inmates were processed.

Read: After years in hiding, Ecleo arrested in Pampanga

“He will be in an isolation area and will be observed by the RDC medical staff for a period of time following quarantine procedures,” BuCor said in a statement.

But according to the National Capital Region Police Office (NCRPO), Ecleo has tested negative for the new coronavirus after undergoing swab testing. Prior to his transfer, the former Dinagat Islands congressman was detained at the NCRPO headquarters in Camp Bagong Diwa, Taguig.

In 2011, while his cases were being appealed, Ecleo jumped bail and had been in hiding, until he was arrested nine years later on July 30 by NCRPO intelligence operatives while he was on his way to a golf course in San Fernando, Pampanga.

Ecleo was convicted by a Cebu court in 2012 for the murder of his wife Alona Bacolod-Ecleo in 2002.

In 2006, he was also convicted of three counts of graft and corruption by the Sandiganbayan over anomalous construction projects when he was mayor of San Jose town in Dinagat Islands from 1991 to 1994.

Read Next
Injured Filipinos in Beirut blast rise to 24; one still missing