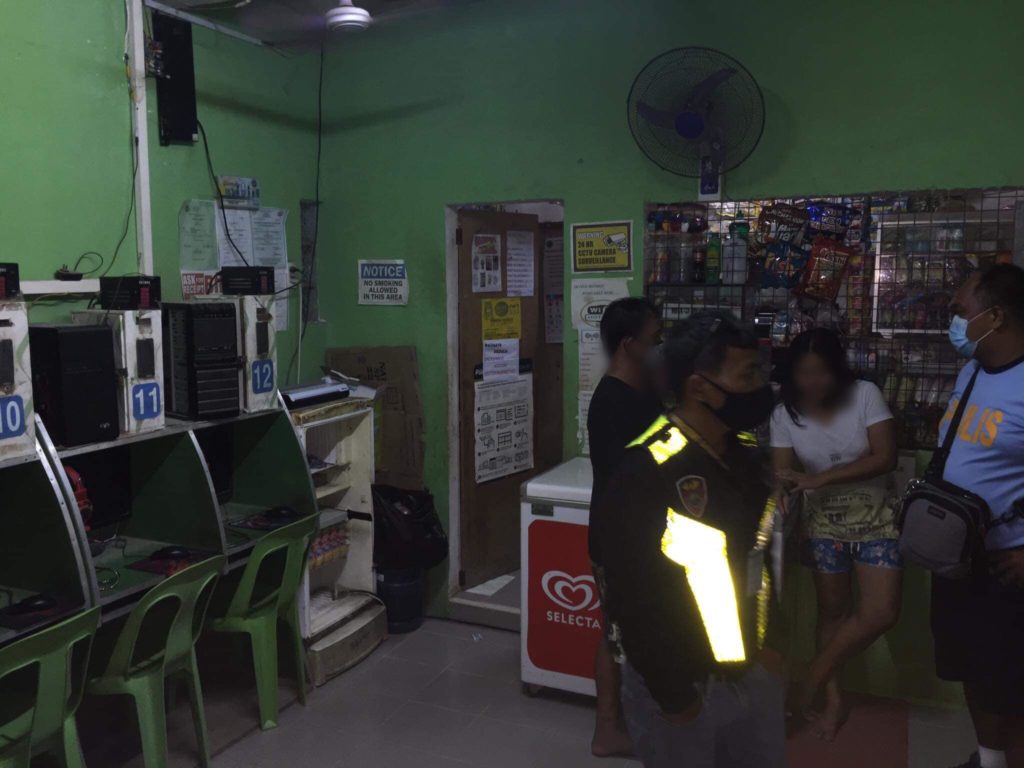 CEBU CITY, Philippines —  Consolacion policemen are requesting that a a cease and desist order be issued against an internet cafe in Purok 3, Barangay Tugbongan, Consolacion town in northern Cebu after minors were caught gathering there and playing online games.

Police Master Sergeant Achilles Bacorta of the Consolacion Police Station said that while the station’s personnel were patrolling around 1 p.m. this Saturday, August 15, 2020, they saw several minors who run off from the area upon seeing the police patrol vehicle.

Bacorta said that the policemen tried to ask around the area why there were minors outside and was told that an internet cafe near the area had allowed minors to gather and play online games there.

(We want it closed and that is what we are working on because it is still not the time for children to go out of their homes and play online games in an internet cafe.)

It was also noted according to Bacorta, that there were no reminders or safety measures being provided in the establishment to help prevent the spread the COVID-19 virus such as available disinfectants.

Bacorta said that while internet shops were allowed to operate, the business owners must be reminded that it must be used for educational purposes only.

Establishments before operating must also follow the requirements which included health protocol standards to be observed such as implementing social distancing and availability of disinfectants.

Read Next
DSWS head: We’ll be done in at least five days