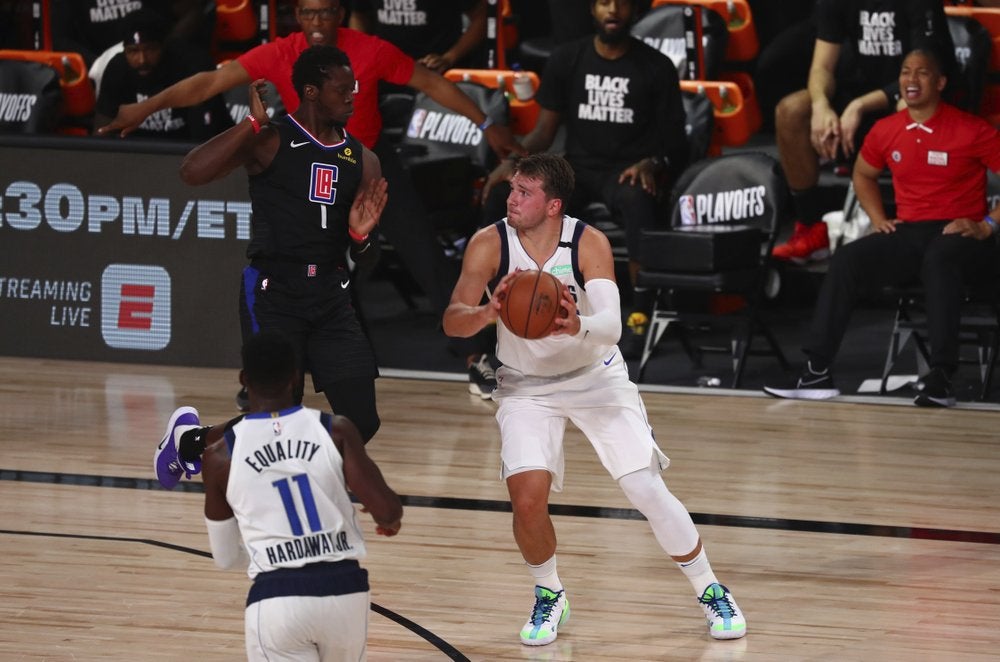 LAKE BUENA VISTA, Florida — Kawhi Leonard and the Clippers had enough answers to withstand Luka Doncic’s dazzling debut — especially after his running mate was thrown out of the game.

Leonard had 29 points and 12 rebounds, and the Clippers got a big boost from the ejection of Kristaps Porzingis to beat the Dallas Mavericks 118-110 on Monday night (Tuesday morning, August 18, 2020, Philippine time) in Game 1 of their Western Conference playoff series.

Doncic finished with 42 points, nine assists and seven rebounds, and had the No. 7 seed hanging right with the Clippers for much of the night.

But Los Angeles pulled into the lead when Porzingis was ejected for picking up his second technical foul in the third quarter to move ahead and Doncic couldn’t bring the Mavs all the way back.

Game 2 in the best-of-seven series is Wednesday (Thursday, Philippine time). 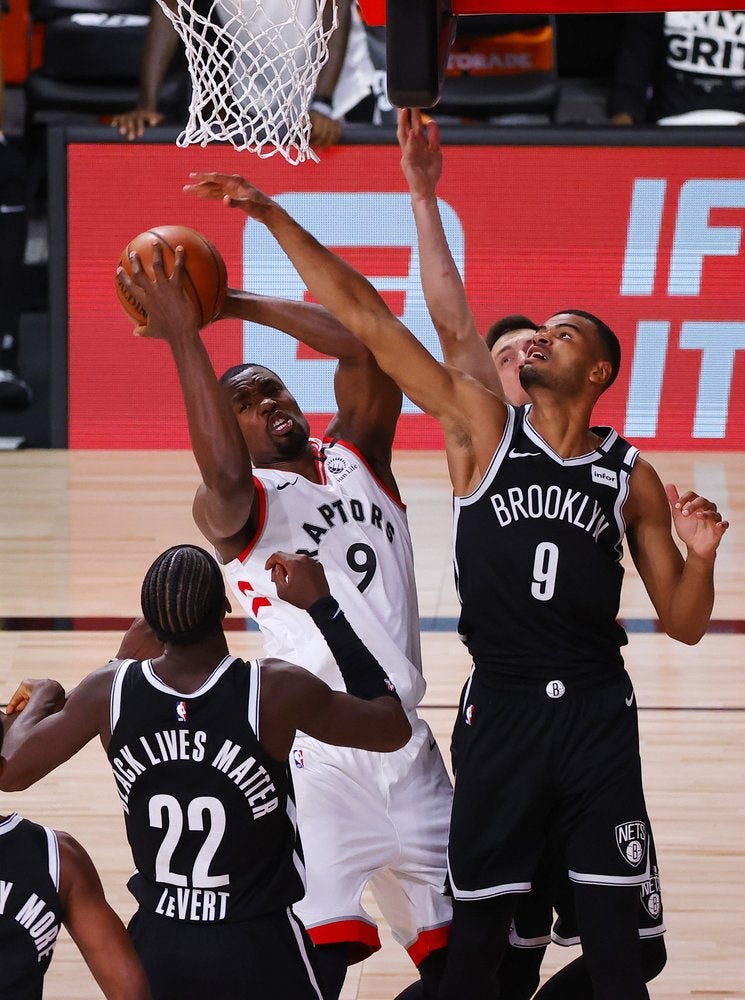 VanVleet went 8 of 10 from 3-point range and the Raptors shot 22 of 44 from beyond the arc as a team. The Raptors’ 22 3-pointers matched a season high and set a franchise playoff record.

VanVleet had 11 assists with only one turnover, becoming the first Raptor in franchise history to combine 30-plus points and 10-plus assists in a playoff game.

Serge Ibaka scored 22 points off the bench for the Raptors. Pascal Siakam had 18 points and 11 rebounds. Kyle Lowry had 16 points, seven rebounds and six assists with no turnovers.

The Raptors, who never trailed, had lost their opening playoff game five of the last six years even though they were the higher-seeded team in each of those matchups. 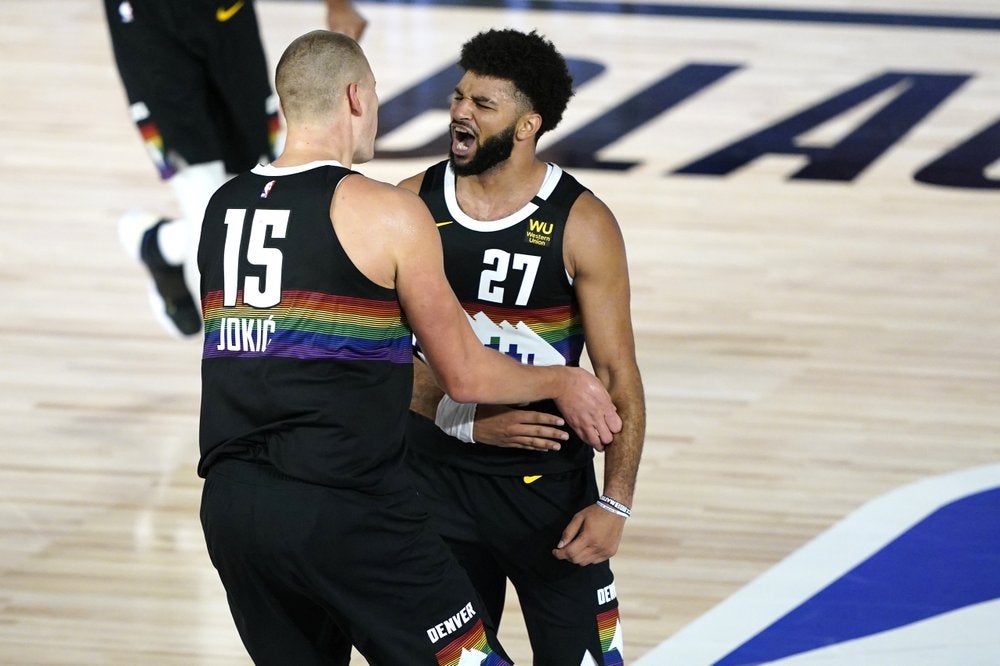 Jamal Murray scored 10 of his 36 points in overtime on a day Donovan Mitchell erupted for a Jazz playoff-record 57 points as the Denver Nuggets outlasted Utah in Game 1 of their first-round series.

Nikola Jokic finished with 29 points and 10 rebounds for Denver. He had a chance to win it in regulation at the buzzer, but his right-handed hook shot over Utah’s Rudy Gobert was off the mark.

Murray sealed the victory on a 3-pointer with 46.8 seconds remaining.

Mitchell was the star of the show in the absence of Mike Conley, who left the NBA bubble to return to Ohio for the birth of his son. Mitchell’s scoring spree surpassed the Jazz mark of 50 by Karl Malone on April 22, 2000, against Seattle. 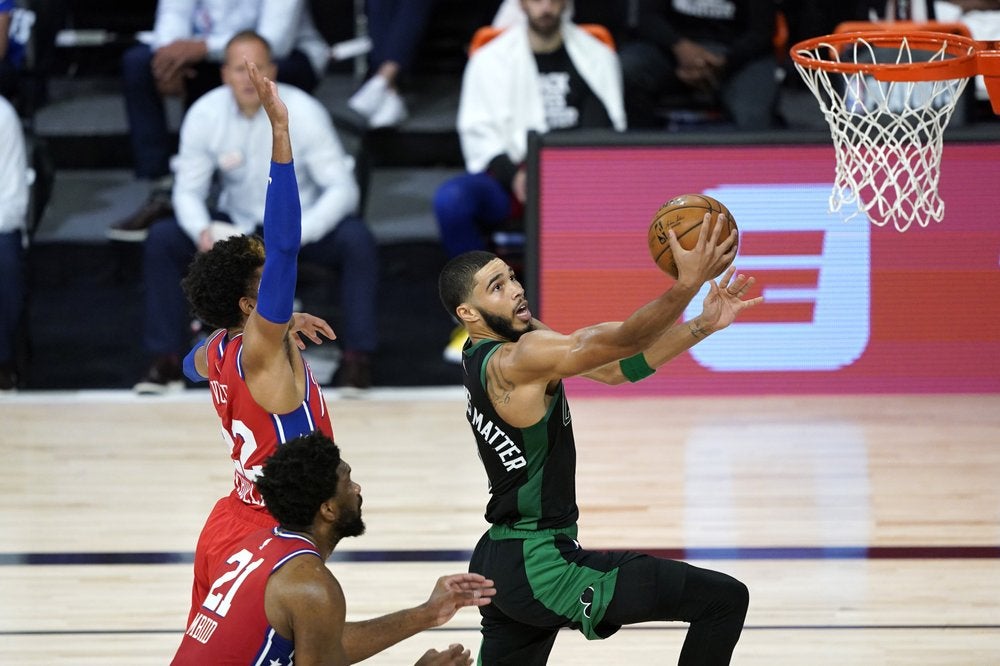 Jayson Tatum of the Boston Celtics gets past Joel Embiid of the Philadelphia 76ers. | AP photo

Jayson Tatum had career playoff highs of 32 points and 13 rebounds as the Boston Celtics beat the Philadelphia in Game 1 of their first-round Eastern Conference playoff series.

Jaylen Brown scored 15 of his 29 points in the fourth quarter and Kemba Walker added 19 points for the Celtics.

Joel Embiid had 26 points and 16 rebounds and Josh Richardson and Alec Burks each added 18 points for the 76ers.

Philadelphia nearly pulled off the win without All-Star guard Ben Simmons, who is out indefinitely after left knee surgery. The 76ers went on a 15-0 run late in the third quarter and led 85-81 heading into the fourth.

The Celtics went on a 9-0 run that included seven points by Brown to take a 92-86 lead. Philadelphia cut it to 103-100 on a 3-pointer by Richardson with 59 seconds remaining, but the Celtics made 6 of 6 free throws in the final minute.

Read Next
Retired police dead after being buried under collapsed home in Masbate 6.6 quake