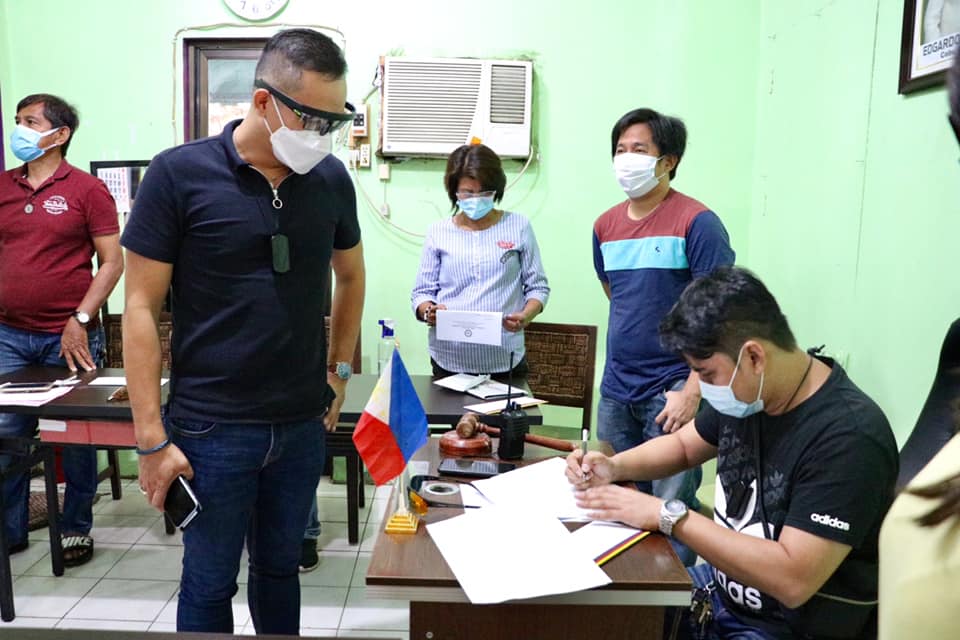 The Department of Interior and Local Government serves a show-cause order to Baragay Ermita Captain Mark Miral because of the reported case of illegal cockfighting activity in their barangay which went viral recently. | Photo Courtesy of DILG-7

CEBU CITY, Philippines — The Department of Interior and Local Government in Central Visayas (DILG-7) has issued a show-cause order to the chief of Barangay Ermita here over the tigbakay, or cockfighting, that was caught being held in the village over the weekend.

The DILG-7 ordered Ermita Captain Mark Miral to explain the incident that involved residents who participated in the illegal activity amid the strict protocols against public gathering under the General Community Quarantine. The individuals were also caught not wearing face masks.

Tigbakay, or cockfighting, is illegal under the Presidential Decree 449 or Cockfighting Law of 1974 as amended by PD 1602 or An Act Prescribing Stiffer Penalties on Illegal Gambling.

The Carbon Police Station will already be filing charges against the five individuals who were arrested due to the illegal activity.

Read: Participants in Ermita ‘tigbakay’ to be charged

Miral, as the barangay chief, will have to explain within 48 hours why the barangay should not be held responsible for the incident.

Miral has yet to issue a statement over the show-cause order, but the barangay assisted the police during the arrest of the individuals involved in the cockfighting. /bmjo