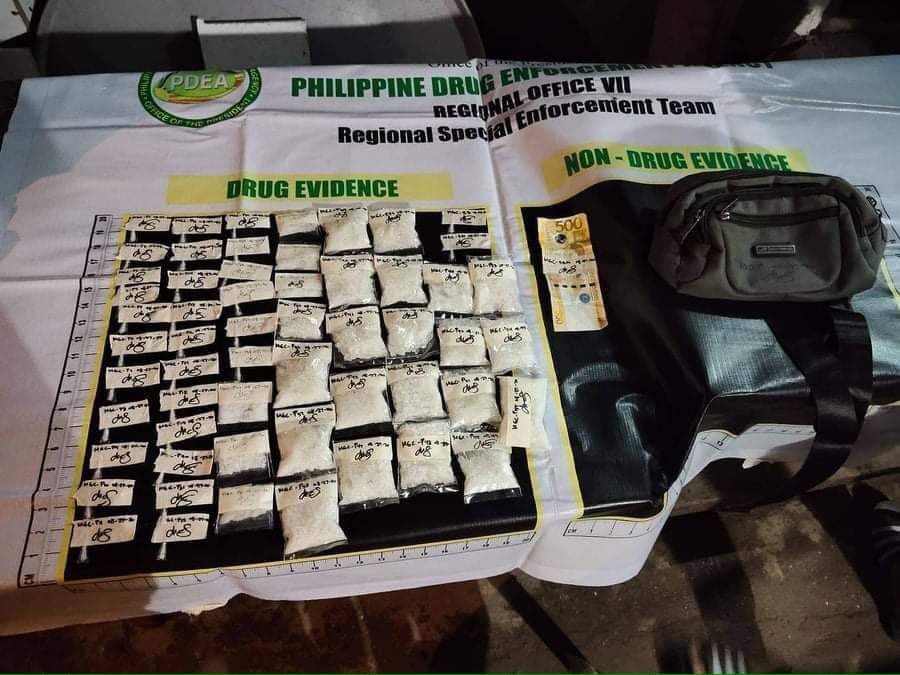 These are the items confiscated by PDEA-7 agents from a high value target (HVT) during an operation in Sitio Univille, Barangay Kasambagan, Cebu City on Thursday evening, August 27, 2020. | Photos from PDEA-7

Authorities identified the suspect as Nel Sidra Mayor, who is allegedly a high-value target (HVT). He was caught with 500 grams of suspected shabu worth at least P3.4 million.

Ortiz said it took them almost a month of surveillance before they conducted the operation as they waited for an informant who was able to give full details about Mayor, who worked as a tourist van driver before the COVID-19 pandemic started.

According to Ortiz, Mayor is able to dispose at least 300 grams of suspected shabu per week around the village where he was caught.

As of this posting, Ortiz said they are working to find out more about the source of Mayor’s illegal drugs.

Charges in violation of Section 5 and 11 of Republic Act 9165 are being prepared against Mayor. /bmjo

Read Next
Village chief probed for sex during Zoom meeting