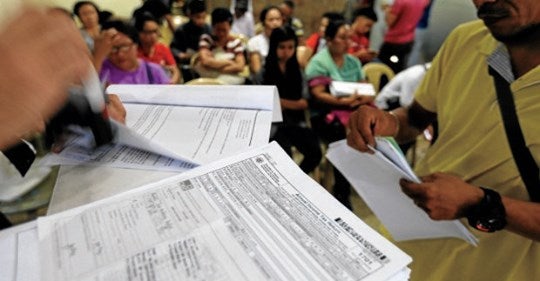 The Cebu City government has extended the deadline for the payment of real property taxes and business taxes to September 30. | CDN File Photo

CEBU CITY, Philippines — The Cebu City government has extended the payment for real property taxes (RPT) and business taxes for the current year on September 30, 2020.

This is part of the implementation of the new ordinance in Cebu City providing tax amnesty to taxpayers with deficiencies over their penalties as long as they pay their balances this year.

Councilor Raymond Alvin Garcia revealed on Friday, August 28, 2020, that the first and second quarter RPT could be paid without penalty up until September 30, 2020.

The third quarter RPT will still be due on September 30, 2020, which is its original deadline.

The business taxes, which are paid yearly at the start of every year, will also be extended until the end of September, still with no penalties.

Garcia said this is to encourage the payers to pay their taxes in the current year despite being late.

Along with taxes due this year, all taxpayers with deficiencies resulting in penalties in the past years can also avail of the amnesty.

In the Tax Amnesty ordinance, the delinquent taxpayer has two ways to pay off the penalty including paying off all basic taxes they owed up until 2019 in a one-time payment.

A one-time payment would mean waiving all penalties incurred in the years of the delinquency. They must pay on or before December 2020.

The second option would be for the taxpayer to sign up in a payment plan, and the establishment will pay only 10 percent penalty for the years of delinquency.

The 10 percent will be taken from the basic tax of the year of delinquency. The establishment must also pay a downpayment of 25 percent of the amount they owe to the city government.

Mayor Edgardo Labella urge the public to pay their taxes so as to avoid incurring more penalties in the future.

Read Next
DC FanDome viewed 22 million times around the world