PCG-7 rescues 4 men from capsized boat, reminds fishers to be vigilant about weather 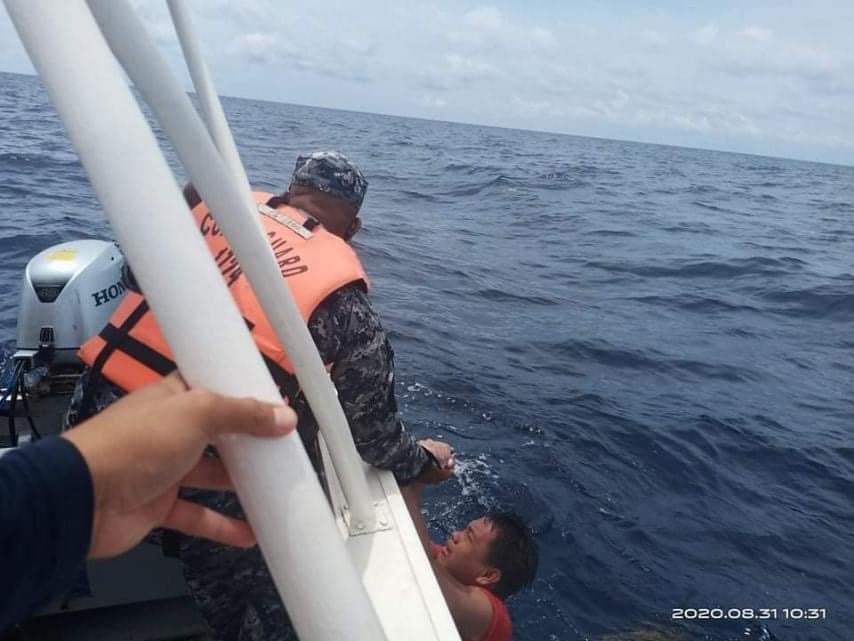 On of the four persons whose motorbanca capsized, is rescued off the waters of Barangays Himensulan and Santiago, San Francisco, Cebu this Monday morning, August 31, 2020. | PCG-7 photo

CEBU CITY, Philippines — Fishermen and owners of motor boats are encouraged to be vigilant about the erratic weather conditions when they set out to sea.

Commander Alvin Dalagea, Philippine Coast Guard in Central Visayas spokesperson, gave this reminder after they rescued four men from a capsized motor boat off the waters of Camotes Island this morning, August 31, 2020.

“They should not try to venture out into the sea especially during inclement weather,” said Dalagea during a phone interview with CDN Digital.

He said that they rescued the first of the four men at 7 a.m. this morning off the waters of San Francisco town of Camotes Island.

His three other companions were rescued three hours later or at 10:31 a.m. today off the waters of Barangay Santiago, San Francisco town.

Bensig, who owns the motor boat, agreed to bring the three men from Mandaue City aboard his boat so that they could fish in Camotes Island.

But at 1:30 p.m. that day they encountered rough seas near Camotes Island and their motor boat capsized.

At about 5 a.m. the next day while drifting at sea, Bensig, who owns the motor boat, decided to take a chance to swim heading to land to get help.

It was at 7 a.m. of Monday, August 31, that the PCG-7 found Bensig and rescued him off the coast of San Francisco town.

“Inquiry was then conducted as to the exact location of his three remaining companions. According to him, he swam for almost two hours to seek for help,” said Dagalea.

Three hours later, the PCG-7 found the three others and rescued them off the waters of Barangay Santiago, San Francisco town.

The four men were checked and were later sent home to their families. | dbs