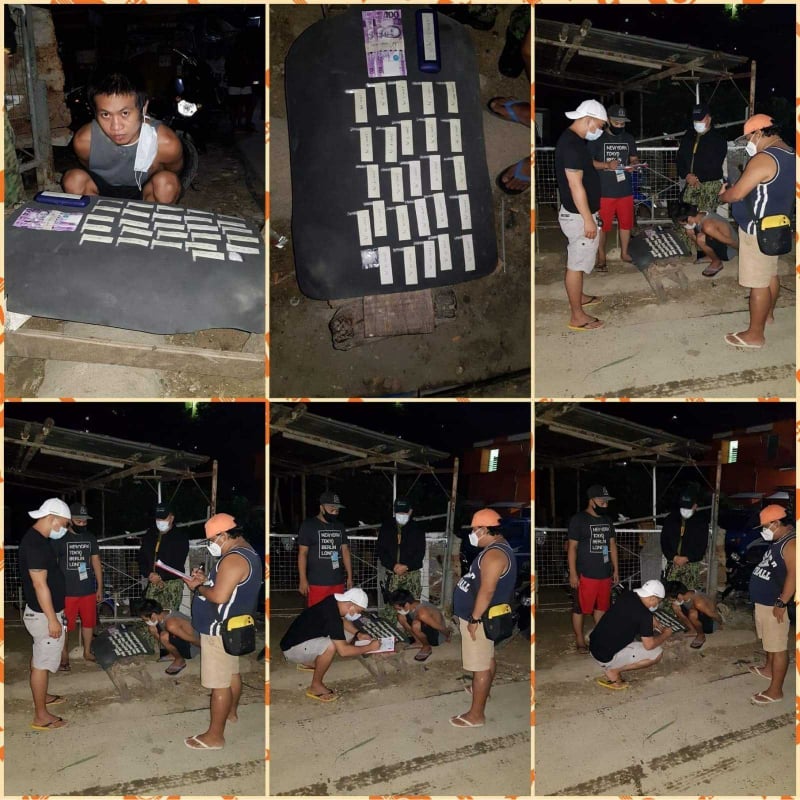 Scenes from the arrest of Sherwin Malgue in a buy-bust operation in Barangay Kalunasan on Tuesday dawn, September 1, 2020. | Photo from Guadalupe Police Station

Confiscated from the three was suspected shabu weighing 15.3 grams with estimated value of P104,000.

As of this posting, the Pardo police station continues to investigate the background of the three suspects.

In another buy bust operation in Sitio Lokana, Barangay Kalunasan, two drug personalities who were said to be the main distributors in some sitios the village were arrested by members of the Guadalupe Police Station.

Police Captain Janelito Marquez, station chief of Guadalupe Police Station, told CDN Digital that they were able to arrest the first target, identified as Sherwin Ministerio Mague, 22, from Sitio Lokana, Barangay Kalunasan, at around 1:30 a.m.. Confiscated from him was about five grams of suspected shabu worth P34,000.

The next target identified as Joshua Iran, 30, also a resident of the area, was arrested at around 2:30 a.m. He, too, was found to have with him five grams of suspected shabu.

According to Marquez, both suspects were reported by several concerned citizens in the previous months.

Marquez said they are conducting follow up operation to trace the possible sources of the two persons.

All the five drugs personalities will be facing charges for section 5 and 11 (selling and possession of illegal drugs) of the Republic Act 9165 or the comprehensive dangerous drugs act. /bmjo