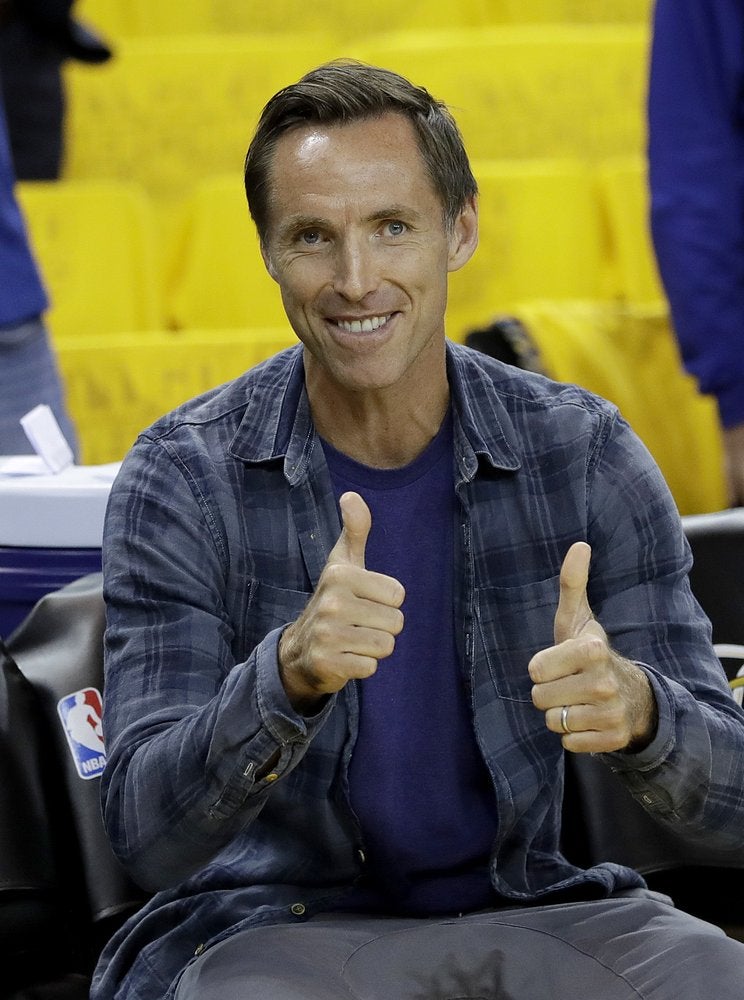 Steve Nash was one of the NBA’s most entertaining point guards, the engineer of a high-scoring team that helped usher in a new era of basketball.

Now the Brooklyn Nets want to see what he can do as a coach.

The Nets hired Nash on Thursday, September 3, 2020, putting the Hall of Famer in charge of the team that hopes to have Kevin Durant and Kyrie Irving together next season.

“Coaching is something I knew I wanted to pursue when the time was right, and I am humbled to be able to work with the outstanding group of players and staff we have here in Brooklyn,” Nash said in a statement.

Nash, two-time MVP as the playmaker of the Phoenix Suns teams under Mike D’Antoni that piled up points and 3-pointers long before they became the norm in the NBA, had been a player development consultant with Golden State, where he worked with Durant.

D’Antoni, now coaching Houston, said he texted Nash when he heard the news.

“Jumping from the frying pan into the fire,” D’Antoni said.

Warriors coach Steve Kerr was the general manager in Phoenix for part of Nash’s time and took elements of the Suns’ system in winning three NBA titles. He thanked and congratulated Nash with a message on Twitter.

“You are going to crush it in Brooklyn!” Kerr wrote.

The hiring was a surprise around the league. D’Antoni said Nash hadn’t reached out to him, nor had Nash told Toronto Raptors and Canadian national team coach Nick Nurse.

The Nets said they would have a Zoom news conference next week to introduce Nash, the franchise’s 23rd coach and the second Hall of Fame point guard without head coaching experience they’ve hired since moving to Brooklyn in 2012.

Jason Kidd went right from a player to their coach in 2013, leading the Nets to the second round of the playoffs in his lone season before leaving to coach Milwaukee.

Nash is third in NBA history with 10,335 assists and the 2005 and 2006 MVP, one of only 10 players to win it in back-to-back years. Phoenix made the Western Conference finals in both seasons, playing a style that critics sneered at as the Suns put up what at the time were the three highest single-season 3-point totals in league history.

Now even big men shoot 3s, as teams prioritize pace and spacing the floor rather than pounding the ball into the paint.

Nash should have a team talented enough to do all that. Not only should Durant and Irving be recovered from their surgeries, but players such as rising star Caris LeVert, Spencer Dinwiddie and Joe Harris — assuming he is re-signed — would all fit nicely.

Unless Nash springs another surprise and plays another style.

“He might go back to a traditional two bigs, I don’t know,” D’Antoni joked. “He might just walk it up and the floor and throw it to his big center, so who knows.”

The Nets finished the season under Jacque Vaughn and said he would remain on staff as Nash’s lead assistant.

The Nets reached the postseason despite having Irving for only 20 games and Durant for none, but the two stars who came to Brooklyn together last summer are expected to be ready for the 2020-21 season.

That made the Nets’ vacancy an attractive position, and general manager Sean Marks said he met with a number of highly accomplished candidates. There was even speculation the Nets would try to entice Spurs coach Gregg Popovich, for whom Marks played and then worked under in San Antonio.

Instead, Marks turned to one of his former teammates.

“In Steve we see a leader, communicator and mentor who will garner the respect of our players,” Marks said. “I have had the privilege to know Steve for many years. One of the great on-court leaders in our game, I have witnessed firsthand his basketball acumen and selfless approach to prioritize team success.”

Vaughn finished the season after the Nets surprisingly parted with Kenny Atkinson on March 7. He led Brooklyn to the No. 7 seed in the Eastern Conference despite coming to the restarted season in Disney without many of his top players and Marks had indicated he would be a candidate to keep the job.

Vaughn will instead go back to his former position as a Nets assistant. He becomes the fourth coach to lose a head coaching job since being eliminated at Disney and three of them were Black. Indiana fired Nate McMillan and New Orleans dismissed Alvin Gentry, leaving five Black coaches and four current openings in the 30-team league.

“Jacque has been an integral part of our program and a key contributor to the growth and development of our entire organization,” Marks added. “His role in developing our players both on and off the court and his influence driving our culture have been invaluable.”

Nash grew up in Victoria, British Columbia, playing for Canada from 1993 to 2004 and later serving as general manager of its senior national team from 2012-19.

Both of New York’s NBA teams have made splashy coaching hires this summer. The Knicks hired former Coach of the Year Tom Thibodeau.