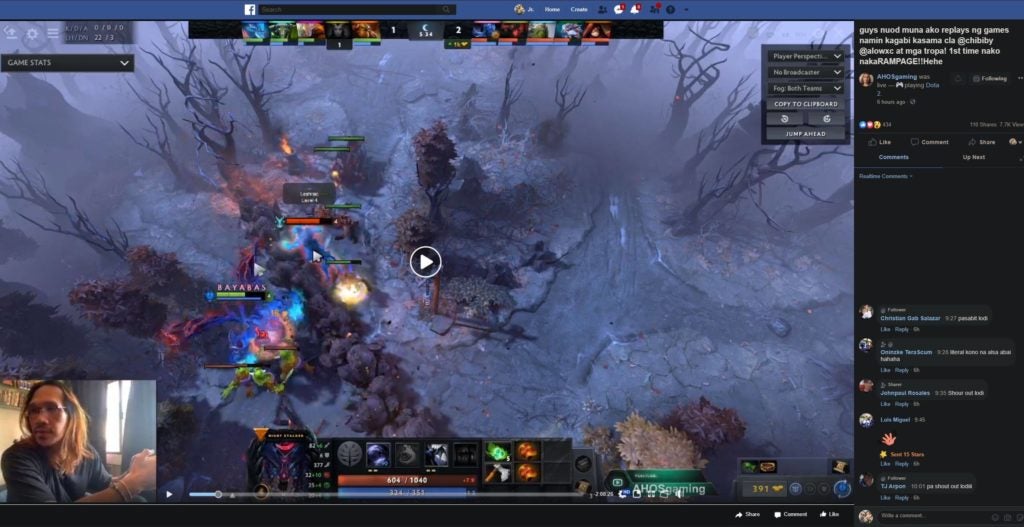 This is June Mar Fajardo streaming one of Chibiby’s game. | Contributed photo.

The one where PBA star June Mar Fajardo is the streamer?

Well, one lucky Cebuano online streamer got the chance to play with the Pinamungajan native.

One of the known Cebuano streamers, Chibiby shared with CDN Digital how he got the chance to play with the San Miguel Beerman star.

“It started when I saw Junmar streaming Dota 2 game in his Facebook page “AHOSgaming” as a fellow Cebuano like him, I was excited to see him play DOTA so I tried to reach out to him and asked if we could play together luckily he noticed and we got to play DOTA together,” said Chibiby.

The message that started it all for Chibiby and June Mar’s online gaming friendship. | Contributed photo.

He shared that Fajardo has been a DOTA player for quite some time now.

Chibiby or Jr Tan on Facebook said that playing with Fajardo is such a surreal experience.

“He is very fun to play with and a very humble person, He talks to you just like you are one of his long time friends so we actually enjoy playing DOTA together,” he said.

Aside from this, he also shared that Fajardo would even randomly pick viewers from his live stream whom he would want to play with.

“He really just wants to enjoy the game with his fans and followers,” said Chibiby. /dbs