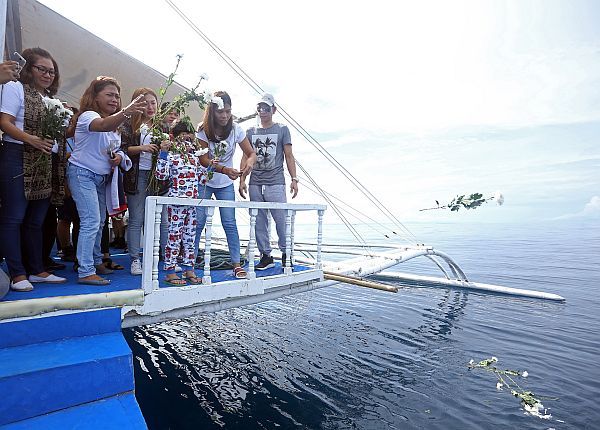 CEBU CITY, Philippines — The prosecution camp in the parricide case for the death of former Bien Unido Bohol Mayor Gisela Boniel will present one of its key witnesses in this Tuesday afternoon’s proceedings at Branch 70 of the Lapu-Lapu City Regional Trial Court (RTC).

Implicated in the disappearance and the presumed death of the mayor in 2017 are her husband, former board member Niño Rey Boniel, and eight others.

Prosecution lawyer Amando Virgil Ligutan said the key witness whom they will present this afternoon, September 8, will testify on the presence of the former board member at the resort in Bien Unido where the former mayor was last seen alive.

READ: Bohol Board Member Boniel charged with parricide in court

Niño Rey was charged with parricide in Lapu-Lapu City on June 30, 2020.

Ligutan said the witness, a security guard at the resort, will also testify that Niño Rey had instructed him and another security guard to go home as he was going to talk to his wife, Gisela, on the night that Bien Unido mayor was purportedly abducted and killed at dawn.

The security guard also claims that Niño Rey asked him to turn off all the lights surrounding the resort on the said night.

Meanwhile, the Department of Justice has denied the motion for reconsideration on the earlier motion for review filed by two other accused, Willy Hoylar and Restituto Magoncia.

The accused, in their motions, argue that with Gisela’s body still unlocated to date, the principal element of the offense charged against them is missing.

In the 3-page resolution penned by Undersecretary Mark Perete, which was received by the Lapu-Lapu City Prosecutor’s Office on September 1,  the DOJ said the arguments raised by the accused in their motion for review “are best left to the court’s determination,” and not on the preliminary investigation (PI) conducted at the prosecutor’s level.

“The questions raised by appellants are obviously evidentiary in nature and ought to be resolved by a court during trial. After all, it is during that stage in criminal proceedings when both the prosecution and defense are expected to pore over each and every aspect of the evidence to determine criminal liability, or lack thereof, of the appellant,” the DOJ resolution reads. / dcb