Bus drivers urged: Pick up passengers inside CSBT only 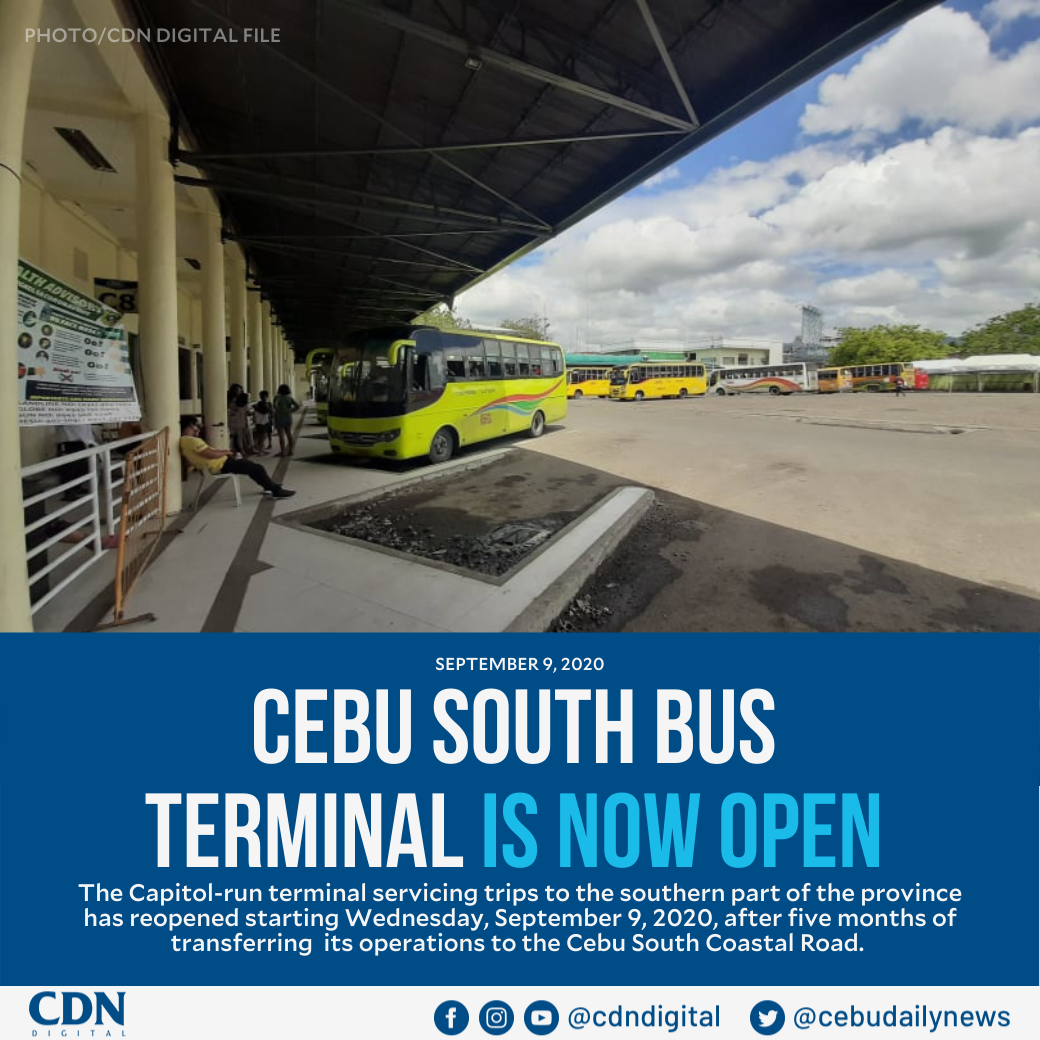 CEBU CITY, Philippines — As the Cebu South Bus Terminal (CSBT) in N. Bacalso Avenue reopens Wednesday, September 9, 2020, bus drivers are urged to pick up passengers only inside the premises of the Capitol-run terminal to ensure compliance with minimum health protocols.

While the passengers may be dropped off in midpoints along the service route of a bus, CSBT Manager Carmen Quijano said they discourage the drivers from picking up passengers outside the terminal as there could be lapses in the implementation of the health protocols if passengers will board the public utility buses without passing though the health inspections at the terminal.

Quijano said the checking of the travel documents of a person, temperature, and other health queries may be overlooked if a passenger will just board along the route of the bus.

(The checking of the travel documents is very important because of the danger that could arise in boarding a person who is supposedly not allowed to travel.)

(I am urging all the drivers not to pick up passengers outside the premises of the terminal because they could be boarding a sick person and the measures would not be the same as that inside the terminal that they can wash their hands, their temperatures are really checked, and there are disinfectants in place.)

The resumption of the operation of the CSBT in N. Bacalso Avenue resumed on Wednesday dawn after five months of transferring its operations to a restaurant’s lot in the Talisay City side of the Cebu South Coastal Road (CSCR) amid the community quarantine that was imposed since March 30.

Quijano said that as the terminal reopens, they have already instituted measures to ensure that health protocols are followed inside the terminal.

The waiting area, which could originally seat over 1,000 persons, will now only accommodate half of its capacity to ensure physical distancing.

Quijano added that they will be strictly enforcing the “no-ticket, no-entry” policy in the terminal. With no throng of people visiting the terminal, Quijano said the comptrollers of the tickets of the bus lines can more effectively comply with the policy. /bmjo

Read: Labella’s EO No. 89 allows the reopening of more businesses in Cebu City