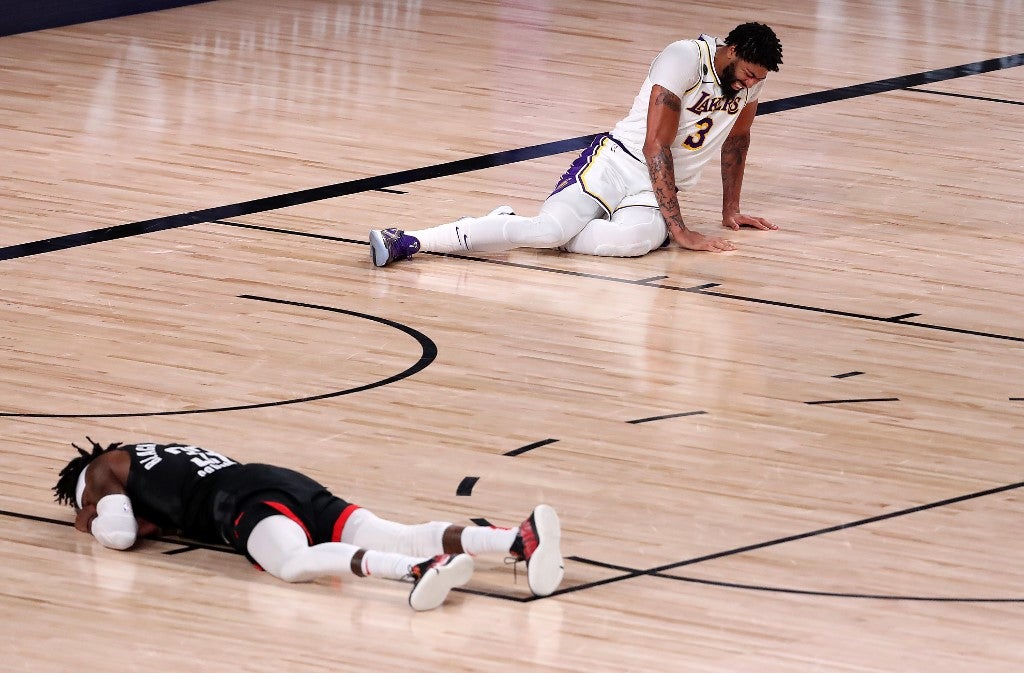 Anthony Davis #3 of the Los Angeles Lakers and Robert Covington #33 of the Houston Rockets react after colliding during the fourth quarter in Game Three of the Western Conference Second Round during the 2020 NBA Playoffs at AdventHealth Arena at the ESPN Wide World Of Sports Complex on September 08, 2020 in Lake Buena Vista, Florida. Mike Ehrmann/Getty Images/AFP

Less than five minutes remained in the game when the collision took place.

Covington and Los Angeles’ Kyle Kuzma were trying to get into rebounding position. A push from Kuzma caused Covington to run into Davis, who was stationed under the basket.