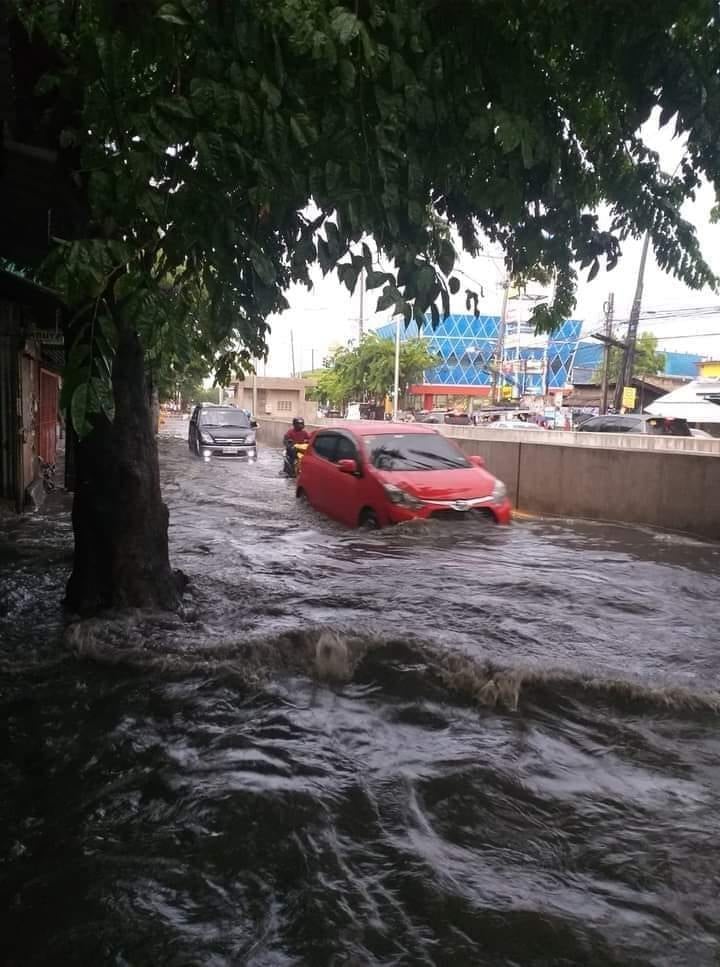 Images of knee-deep flooding went viral online drawing the attention to the still unresolved drainage system in the area that had been a subject of arguments between the two agencies.

The flooding occurred despite the rains being only moderate but frequent throughout the day.

The DPWH has long sought the permission of the city to widen the road in the area because of the P638-million worth underpass that was successfully opened in June 2019.

The City Council has questioned the DPWH’s plans because this does not include the drainage plan in the area, with southern councilors complaining of the constant flooding along the underpass side roads.

The DPWH speaking to the council in the past said they would build a 36 by 36 inches drainage system, similar to the existing one’s today, which is within their budget.

City Engineer Kenneth Carmelita Enriquez has repeatedly asked the DPWH to increase the size of the drainage to 72 by 72 inches, which will be the ideal size for the area as it is low lying and a catchwater basin.

(We already asked the DPWH that since they have the budget, they build bigger drainage along with the road widening all at once. Now we see the flood.)

The Natalio Bacalso Highway, a major thoroughfare in Cebu stretching up to Naga City and beyond is under the jurisdiction of the DPWH, and the Mambaling underpass was also their project.

However, the city’s DEPW is left to solve the flooding that began only when the underpass was constructed. The underpass never floods due to the pumps installed, but its sideroads often take the bulk of the water.

Enriquez said that the flooding was sometimes too unbearable that they had suggested drilling a hole to the underpass so the water could go into it and then be pumped out, a suggestion that she said did not sit well with DPWH.

With the rainy season causing more flooding around the city, the City Engineer pleaded to the DPWH to solve this problem at the Mambaling Underpass area before more damage could incur.

Constant flooding easily destroys roads, causes damage to vehicular engines that may in turn lead to accidents, and can even be health issues for residents in the area.

(Our appeal to the DPWH, they shouldn’t implement projects one by one, they should implement them by bulk in one area. If they widen the road, they also widen the drainage.)

As long as the drainage stays the same, DEPW said that the flooding would not be solved in the area.

DPWH is yet to make a comment on the city’s appeal. /dbs

Read Next
Cemeteries in Cebu City closed from Oct. 29 to Nov. 3