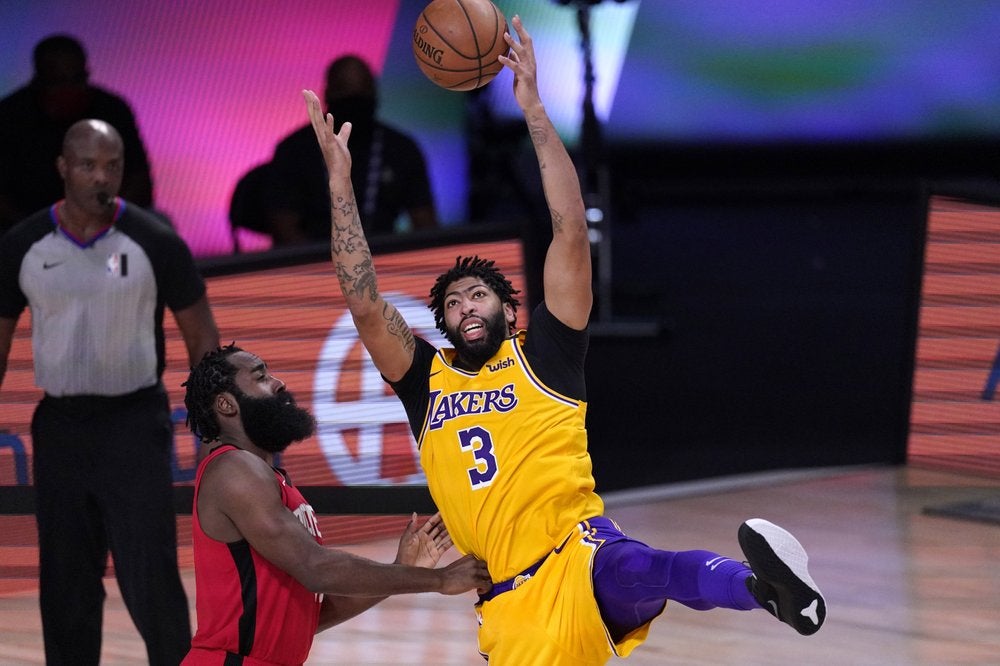 LAKE BUENA VISTA, Florida — Anthony Davis was the biggest player on the floor, and the Houston Rockets had no answers.

Davis had 29 points and 12 rebounds, LeBron James finished one assist shy of a triple-double and the Los Angeles Lakers topped the Rockets 110-100 on Thursday night (Friday morning, September 11, 2020, in the Philippines) to take a 3-1 lead in their Western Conference semifinal series.

“Turnovers,” Davis said. “We had too many turnovers.”

That was one of the few complaints the Lakers could make after Game 4.

Russell Westbrook had 25 points and James Harden had 21 for the Rockets, who got 19 from Eric Gordon and 14 from Austin Rivers.

The Lakers were up by 23 midway through the fourth, well on their way to a blowout win. That’s when Houston’s offense woke up.

Westbrook made a corner 3 with 3:01 left, Harden got a steal and a pair of free throws on the next possession, and the Rockets put together a 18-2 run to get within 103-96. The Lakers turned the ball over on four consecutive possessions during that stretch, unable to get anything going.

Smartly, though, on the biggest possession of the night as the clock ticked inside the two-minute mark, they went to Davis. Gordon, who stands about half-a-foot shorter than Davis, had no chance as the Laker All-Star scored in the lane to push the lead back out to nine and buy the Lakers a bit of breathing room.

This is how easy things were for the Lakers: In the third quarter, James grabbed a defensive rebound, turned and fired a 70-foot pass — soccer throw-in style — to Davis, the ball sailing over the five Rockets who were jogging back on defense. Davis caught the pass in stride and laid it in for a score, the ball never touching the ground.

And this is how difficult things were for the Rockets: They went 4 for 20 from the field over a 17-minute stretch spanning from late in the first quarter to early in the third. James had only four points in those minutes, but the Rockets’ drought meant a three-point deficit ballooned to 21.

The Lakers won Game 3 by holding Houston to 38 points in the second half — and set themselves up to win Game 4 by clamping down again, this time in the first half. It was 57-41 Lakers at the break, meaning Houston had scored 79 points in its last 48 minutes of basketball.