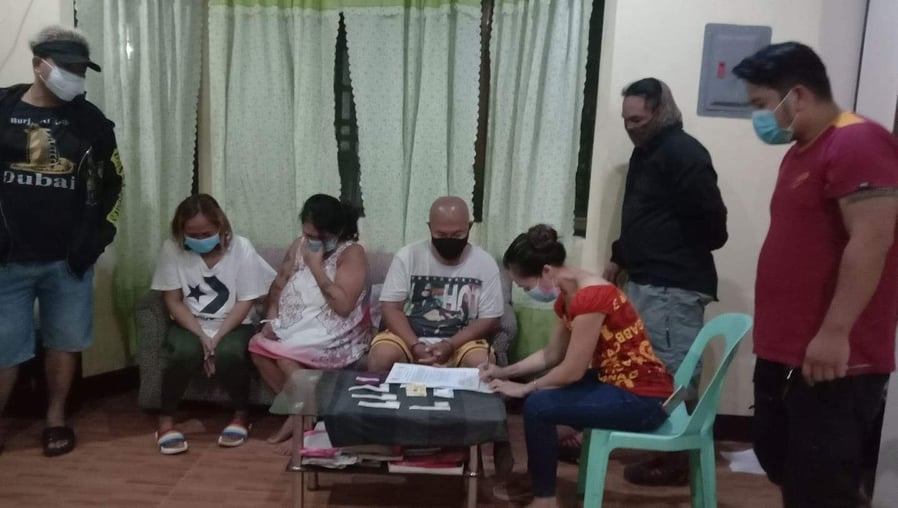 A couple from Liloan town and their niece were arrested in a buy-bust operation at about 10 p.m. on Friday, September 11, 2020. | Photo Courtesy of CPPO

CEBU CITY, Philippines –Three members of a family in Liloan town in northern Cebu were arrested in a buy-bust operation late night on Friday, September 11, for their alleged involvement in the illegal drug trade.

The three lived on a house that is owned by Ortega in Sitio  Agay-ay, Barangay  Poblacion in Liloan town.

Personnel of the Provincial Intelligence Unit (PIU) of the Cebu Police Provincial Office (CPPO) confiscated 20 grams of suspected shabu worth P136, 000 from the suspects’ possession.

(They have been involved in drug pushing for more than 10 years.)

Koret said that they are now preparing for the filing of complaints for the violation of the Comprehensive Dangerous Drugs Act of 2002 against the three suspects, who are now detained at the Liloan Police Station’s detention facility.

Ortega was already jailed in 1990 for the possession of an unlicensed firearm.  He was released from the New Bilibid Prison in 1995.

Korret said that Ortega started peddling illegal drugs more than 10 years ago with the help of Obsequies and Deguitos.

PIU operatives, he said, placed the three suspects under surveillance for three weeks and learned that they are able to dispose 3oo to 500 grams of shabu per week.

Buyers can either opt for home delivery or pick up the shabu at Ortega’s residence in Sitio Agay-ay, he said.

Korret said they continue to investigate the three to determine if they belong to a drug syndicate. / dcb