With  landholdings he inherited and a net worth of P20.7 million, Mandaue City Mayor Jonas Cortes is the richest local chief executive in Metro Cebu.

However, Cortes is not the wealthiest official in Mandaue City. Councilor Emmarie Dizon is on top of the list with  a self-declared net worth of P38.4 million. 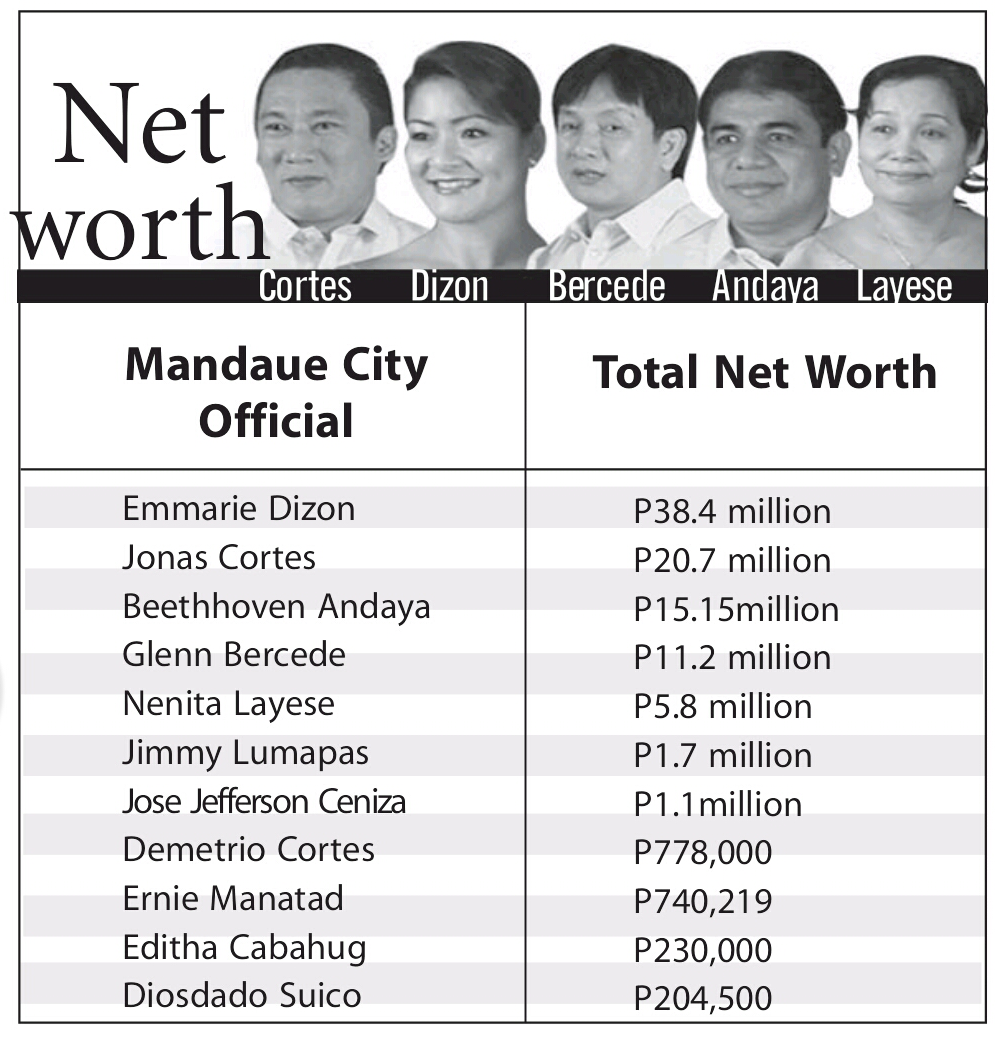 Based on his Statement of Assets, Liabilities and Networth (SALN), Cortes owns 29 lots mostly handed down by his parents and some with his wife Sarah. Almost half of it or  P20.7 million is mostly real estate in Mandaue City and Albuera, Leyte province.

She declared a  Toyota Grandia van, Honda SUV, Mercedes Benz, Honda CRV, Honda Accord and four motorcycles worth P6.3 million. She declared in her SALN a time deposit (P2 million), some jewelry (P1.8 million), and cash on hand/bank accounts (P400,000).

Mayor Cortes, meanwhile, said he  owns a Toyota Altis sedan, a Suzuki Multicab, a Chevrolet Trailblazer SUV, seven motorcycles, and a bicycle all worth P2.7 million.

CORTES’ FIXED ASSETS
His liabilities were worth P6.6 million.

His lone liability comes from a P30,000 bank loan.

The SALNs of Councilors Elston Dabon and Benjamin Basiga have yet to be released by the Office of the Ombudsman-Visayas due to the volume of documents  submitted to the office.