Street dweller returned home to her family in Cebu City 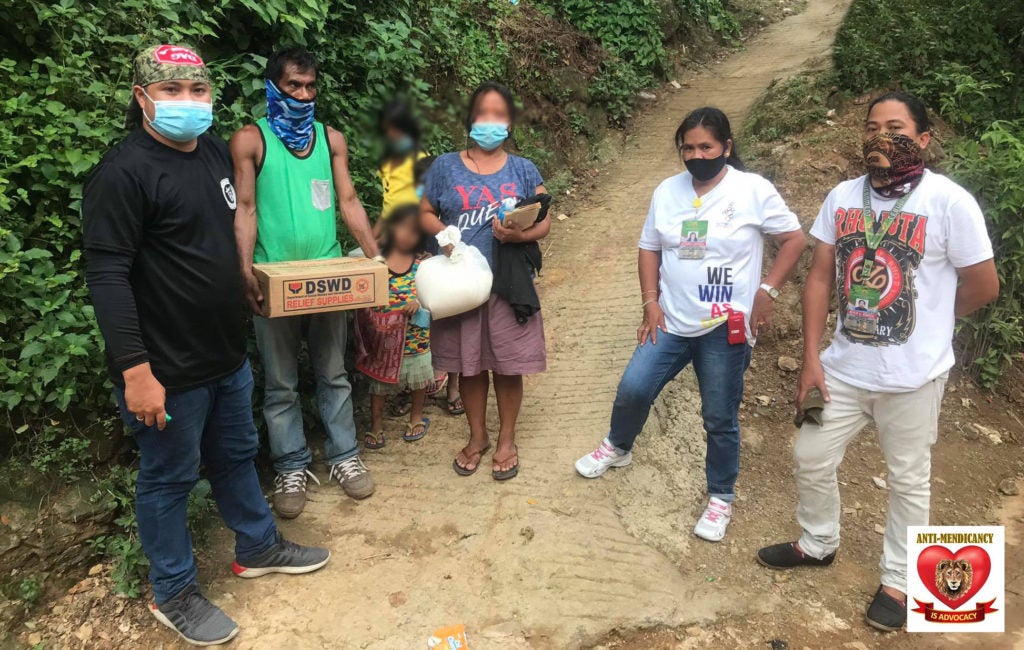 Alma, a 36-year-old, street dweller in Cebu City has been returned home to her family. | Photo Courtesy of Mayor Edgardo Labella

CEBU CITY, Philippines — A street dweller in Cebu City has returned home after being separated from her family during the pandemic.

Cebu City Mayor Edgardo Labella reported in his Facebook Page that the woman had been returned to her barangay after the Cebu City Anti-Mendicancy Office (CCAMO) of the Department of Social Welfare and Services (DSWS) began the intensified rescue of these homeless families this week.

The rescued street dweller was 36-year-old Alma, who was first found roaming around the Senior Citizens Park or the City Hall Grounds.

“We learned that she was separated from her family at the start of the pandemic,” said Labella.

The CCAMO helped her return to her hometown in the mountain barangay of Buhisan where she was welcomed by her neighbors and three children.

The city government extended assistance such as rice and food packs to Alma’s family.

She is also set to undergo a psychological evaluation and her three children were brought to the Cebu City Medical Center for a medical check-up.

The CCAMO continues to process other families to go home as well since the more than 100 street dwellers who used to be housed at the Barangay San Nicolas gym have already been released back to the streets on August 2020.

Labella said the CCAMO is working to bring home all these street dwellers to their provinces or mountain barangays. /dbs