In his statement of assets, liabilities and net worth (SALN) Gullas said he had P40,000 cash on hand, one cell phone and a laptop.

The two gadgets were given to him as gifts, he said.

First-term Talisay City Mayor Johnny de Los Reyes, who made his fortune as an inventor with his top-selling canker sore drops, reported a net worth of P9.9 million. 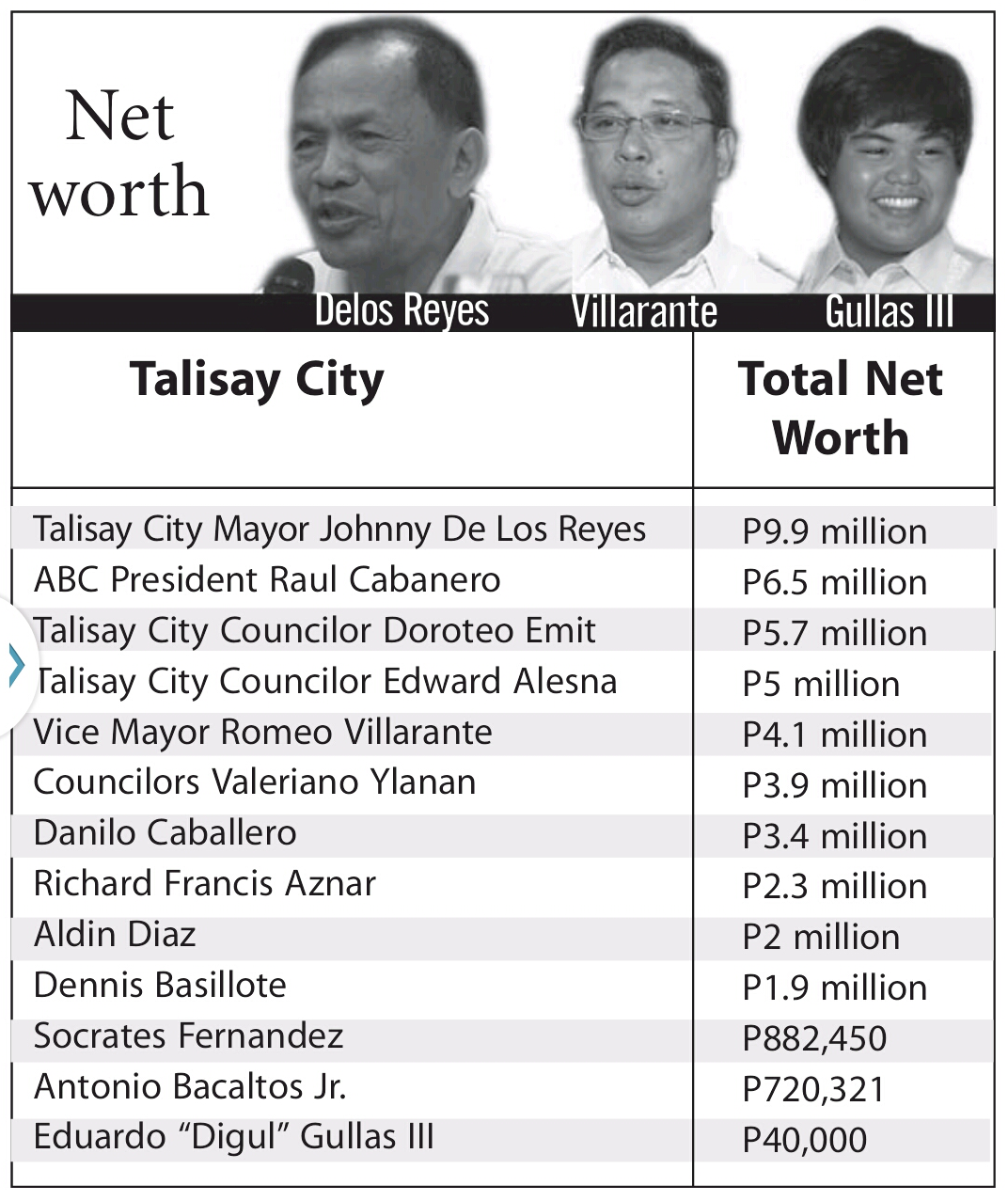 In his SALN, Reyes said he owned one Kia Sorento, one Kia Forte, one Mazda Familia Sedan, one Starex van, one L300 Versa van, one FUSO Canter Dropside, and one Kia 4X4 Cross truck amounting to P7 million.

Raul Cabanero, president of the Association of Barangay Councils (ABC) in Talisay City, is the second richest elected official in the city with a net worth of P6.5 million.

His net worth reached close to P2 million in 2009 but it dropped in the next few years.