AboitizPower’s direct remittances to various Cebu local governments and barangays have reached P40.6 million as of end-September, not only providing more funds for development but also a much-needed boost in their respective pandemic responses.

Through the Department of Energy’s (DOE) Energy Regulations 1-94 (ER 1-94) program, AboitizPower and its partners have directly downloaded a total of P15.8 million to Cebu Province, Cebu City, Lapu-Lapu City, and Toledo City as well as host barangays within these localities.

We already finished our first and second tranches of relief distribution and because of the ER 1-94 remittances, we will be able to extend up to a fourth tranche.

Another P24.8 million from Cebu-based AboitizPower-led generation companies, accumulated as of 2019, has also been remitted by the DOE to the beneficiaries.

While the ER 1-94 funds are primarily meant for the electrification of areas or households, development and livelihood programs, reforestation, watershed management, health, and environmental enhancement initiatives, a recent circular now allows the use of these shares to help mitigate the effects of the coronavirus. 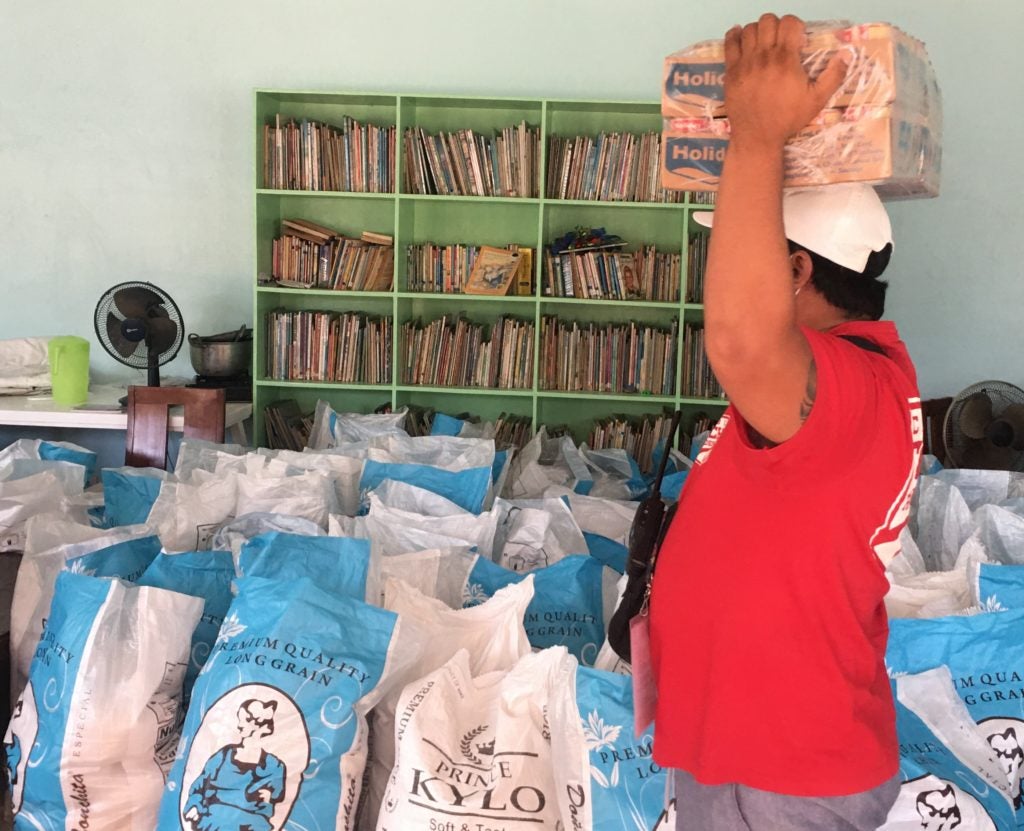 Brgy. Bato in Toledo City, the host beneficiary of Therma Visayas, Inc. (TVI), has almost used up its P4.24 million shares after distributing relief goods to 3,200 families and 2,400 households.

“This really goes a long way for a barangay, especially now with COVID-19. We already finished our first and second tranches of relief distribution and because of the ER 1-94 remittances, we will be able to extend up to a fourth tranche,” Brgy. Bato Captain Rosalio “Otam” Cereno said.

The Toledo City government, whose financial benefits amount to P5.39 million, is planning to use all of its shares in the fight against COVID-19. Part of the plan is to buy disinfecting equipment, personal protective gear, testing kits, agri-fishery inputs, relief goods, and to pay for the housing of frontline workers, among others.

Lapu-Lapu City, on the other hand, has already used over P750,000 of its shares to buy disinfectant for local isolation facilities. Meanwhile, Brgy. Ibo, the host community of East Asia Utilities Corp. (EAUC), also plans to use a portion of the benefits to purchase anti-flu vaccines for its residents.

“The transfer of the ER 1-94 funds was timely as it allowed the city to purchase alcohol and disinfectants, which were some of the items that the city did not have any existing budget allocation,” Lapu-Lapu City Mayor Junard “Ahong” Chan said.

The ER 1-94 Program is a policy under the DOE Act of 1992 and the Electric Power Industry Reform Act of 2001 (EPIRA), which stipulates that host communities will get a share of one centavo for every kilowatt-hour (P0.01/kWh) generated by power plants operating in its area.

With the new circular covering ER 1-94 funds, host LGUs can now use these shares to help manage the effects of the new virus, in accordance with the Bayanihan to Heal as One Act, which includes the facilitation of mass testing by providing and constructing facilities, as well as acquiring proper medical testing kits.

GSK showcases some of the Visayan myths and legends

Four-Wheeled Life on the Street