Mourinho basks in ‘history’ of hitting Man United for six 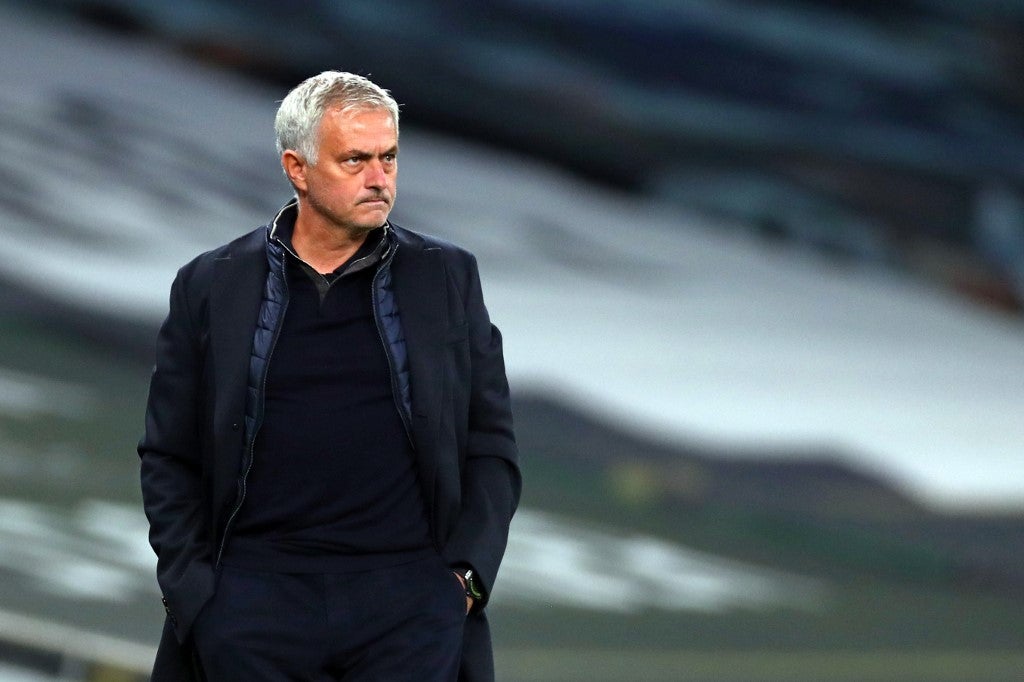 Spurs inflicted United’s worst defeat since 2011 as they became only the second side since 1978 to score five or more goals as the visiting side at Old Trafford.

“I won many times in this stadium, mostly with Manchester United but also with Chelsea, Real Madrid and now Tottenham.”

Spurs showed no ill-effects from playing their fourth game in eight days as they bounced back from going behind to Bruno Fernandes’s second-minute penalty.

Goals from Tanguy Ndombele and Son Heung-min had turned the game around inside seven minutes before Anthony Martial’s red card left United a man down for the final hour.

Tottenham took full advantage as Harry Kane and Son killed the match as a contest before half-time. Serge Aurier’s strike and a Kane penalty then pilled on United’s misery in the second half.

In contrast to United boss Ole Gunnar Solskjaer, Mourinho has been heavily backed in the transfer market in recent weeks.

New signings Sergio Reguilon and Pierre-Emile Hojbjerg played their part, while Gareth Bale is still to return from injury after the international break.

Mourinho recognized the effort made by the club to arm him with the best squad possible after rounding off a near-perfect week following victories over Chelsea and Maccabi Haifa to progress to the League Cup quarter-finals and Europa League group stages.

“It is a victory of the squad, not just the team but the squad,” added Mourinho.

And Mourinho was keen to stress how dominant his side had been even when United was at their full compliment before Martial’s dismissal.

“Some people can say you play against 10 men for a long time which is true, but for me it is also true that 11 v 11 we were playing extremely well,” he said.

“We were creating huge problems, we were winning 2-1 and they could not find solutions to control us.”

Kane has been in supreme form early in the season as the England captain again showed his ability to create as well as score goals.

His quick free-kick set up Son for the South Korean’s first goal and Kane’s double took his tally for the season already to eight in eight games.

“We had the worst start but the way we reacted showed the mindset we are in and we were ruthless after that,” said Kane.

“Of course when they go down to 10 men we have to take advantage and the fact we took our chances really killed the game.”