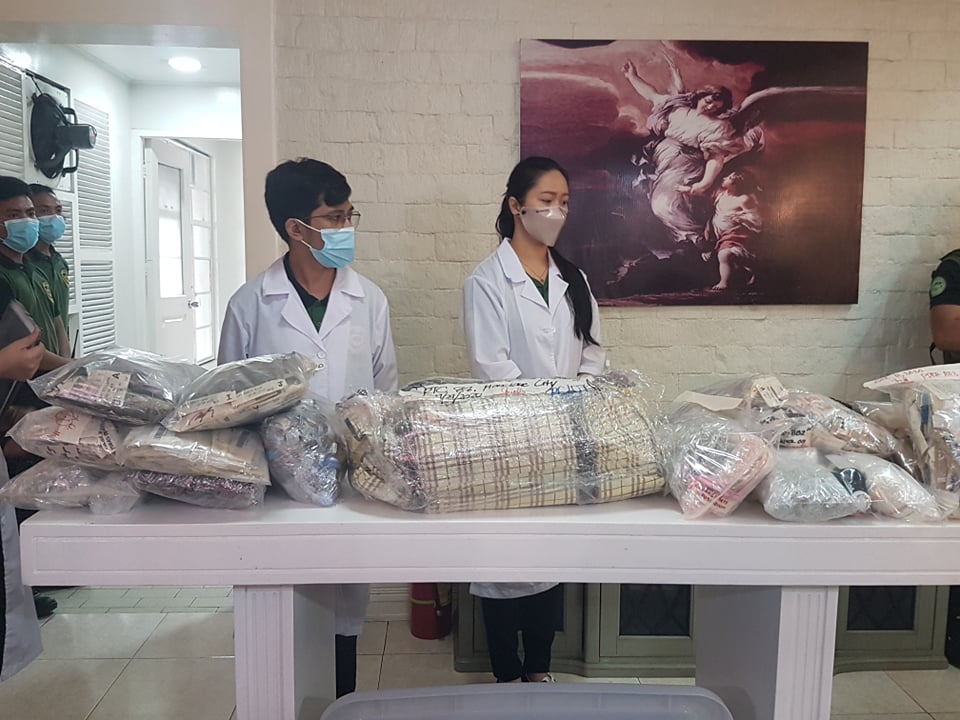 Illegal drugs worth P77 million are being readied to be burned inside an incinerator of a funeral home in Cebu City on October 13, 2020. | CDN Digital – Alven Marie A Timtim

CEBU CITY, Philippines — A total of 12,157.43 grams of shabu, marijuana and other expired medicines were destroyed through thermal destruction this morning, October 13, 2020, at the crematorium office of the Cosmopolitan Funeral Homes, along Junquera Street, Cebu City.

The illegal drugs have an estimated value of P77 million while the expired medicines from licensed pharmaceutical companies were worth P1.9 million.

PDEA-7 Director Levi Ortiz said that the destroyed illegal drugs were those that had been approved by the court for destruction either because the cases had been already solved or the judge had allowed the destruction of the illegal drugs despite those cases that were still ongoing.

“As much as we like to destroy all evidence, but we cannot do so because wala pa man (there is no) court order … we cannot just burn evidence. Magpa abot pa ta og (We have to wait for a) court order para sunogon ang ebidensiya (so that we can burn the evidence),” said Ortiz.

The illegal drugs, which were destroyed or disposed of, were those confiscated in the police and PDEA-7 operations in Metro Cebu.

Read: Cebu City: Promised incinerators for PDEA-7 are on the way

Police Brigadier General Albert Ignatius Ferro, director of PRO-7, said that they had been coordinating with the courts to be able to monitor decision of cases so the police could attain the court order and be able to forward it to PDEA-7 for the process of the destruction.

“We are coordinating with the different courts so that we can fast-track ang ilahang decision and makahatag sila og court order unya atong ihatag sa PDEA kay sila man ang the ultimate agency to handle the destruction,” said Ferro.

(We are coordinating with the different courts so that we can fast-track their decision and they can give a court order that we can forward to PDEA because they are the ultimate agency to handle the destruction.)

According to Ferro, the Police Regional Crime Laboratory of Central Visayas supervised by Police Colonel Roderick Pausal, also has illegal drugs, which are evidence that are kept in the facility for inventory and are about to be turned over to the PDEA-7 facility for the next scheduled destruction of illegal drugs.

WATCH: Chemists of the Philippine Drug Enforcement Agency in Central Visayas (PDEA-7) show the testing process to verify the authenticity of shabu and marijuana drugs that are set to be destroyed today, October 13, 2020, at the Cosmopolitan Funeral Homes along Junquera Street in Cebu City. | Alven Marie Timtim #CDNDigital

Read Next
Hermit’s Cove: One of Aloguinsan’s gems