Parts of E. Samar under TCWS No. 1 due to TD Ofel; rains expected over Cebu 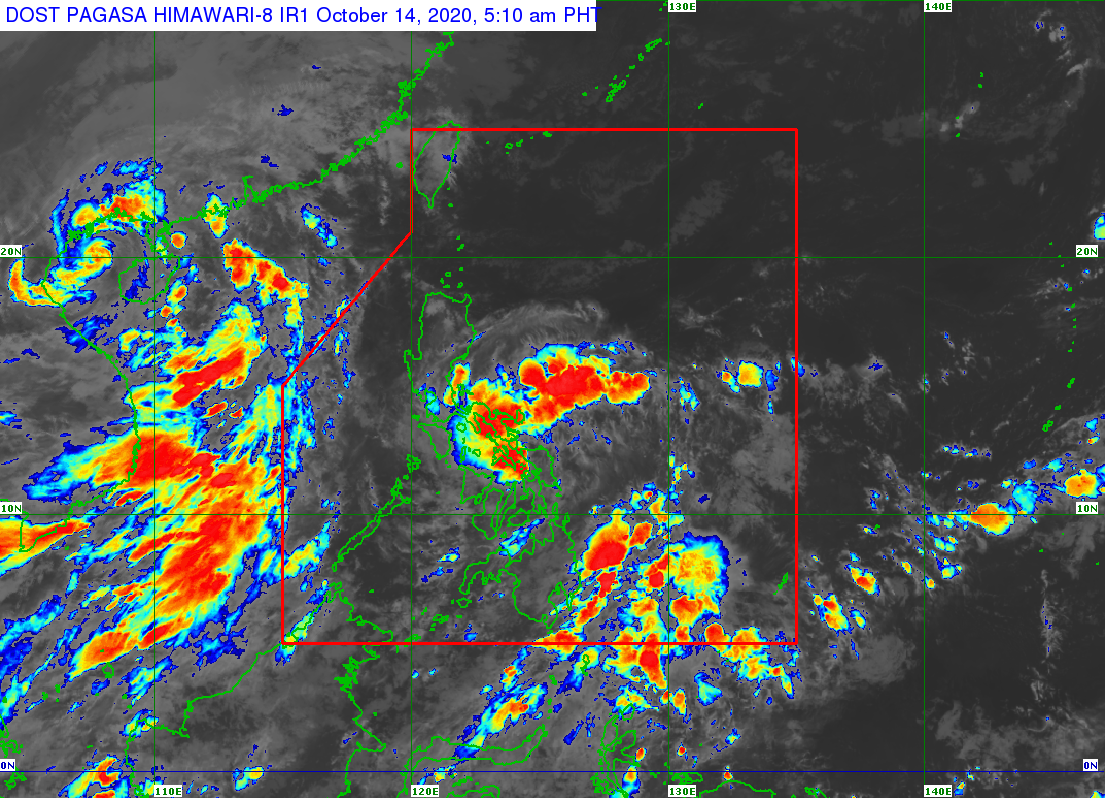 CEBU CITY, Philippines — Parts of Eastern Visayas and the southern portion of the provinces of Quezon and Batangas are currently under Tropical Cyclone Wind Signal (TCWS) No. 1 due to tropical depression Ofel.

Ofel made landfall in Can-avid, Samar at around 2:30 a.m. on Wednesday, October 14, 2020, and is currently crossing Samar Island, Pagasa said in its 5 a.m. weather bulletin.

Although there is no TCWS warning hoisted over Cebu, Pagasa said in its latest rainfall advisory that light to moderate with occasional heavy rains is affecting northern Cebu along with the areas in Eastern Visayas which may persist for two to three hours.

As of 4 a.m., the eye of Ofel was estimated in the vicinity of Bobon, Northern Samar. It is moving west-northwestward at 20kph while sustaining its strength of 45 kph and gustiness of up to 55kph.

Ofel is expected to remain as a tropical depression as it crosses Samar Island and Southern Luzon but is likely to develop into a tropical storm on Thursday, October 15.