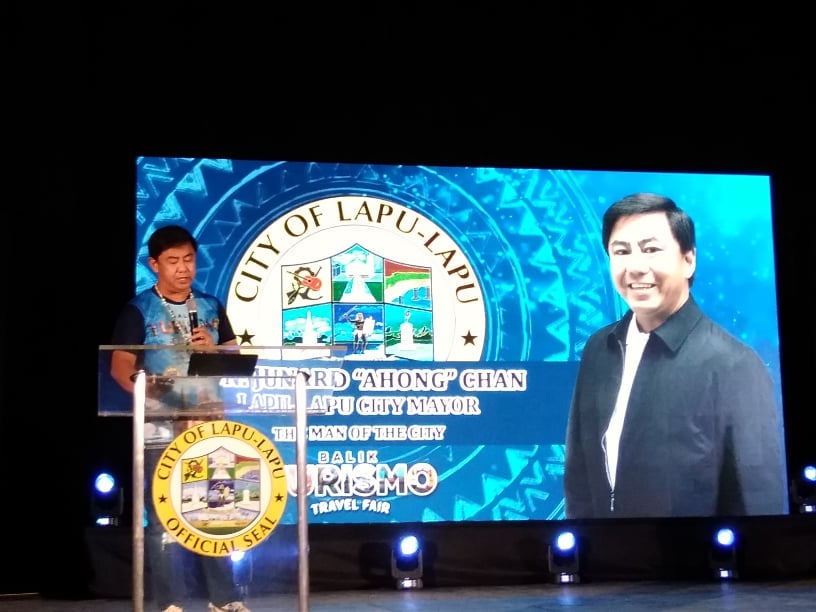 LAPU-LAPU CITY, Philippines – Minors and senior citizens in Lapu-Lapu City can now have fun under the sun.

Mayor Junard “Ahong” Chan announced on Saturday, October 17, that he will now allow these individuals, who have been in isolation for more than six months to avoid the risk of the coronavirus disease, to already leave their homes and check-in to the different hotels and resorts in his city.

However, Chan said that they will be asked to make prior booking arrangements before they can be allowed to leave their homes.

Chan made his announcement during the opening program of the city’s “Balik Turismo Travel Fair” that was held Saturday night at the Hoops Dome in Barangay Gun-ob.

(Yes, we will already allow minors and senior citizens to visit hotels and resorts, but only if they have made prior bookings.)

Presidential spokesperson Harry Roque earlier said that the Inter-Agency Task Force (IATF) has already decided to allow those who are aged between 15 to 21-years old and those who are over 65-years-old to already go out of their homes.

However, Roque said that local government units may impose higher age restrictions depending on the coronavirus disease 2019 (COVID-19) situation in their respective localities.

Cindi Chan, the chairperson of the Lapu-lapu City Tourism Cultural and Historical Affairs Commission, said that local tourists can avail of the different packages offered by hotels and resorts in their city.

Discount offers would reach as much as 60 percent of the regular rates, she said.

“Atong awhagon atong mga local tourists nga pwede na silang mopa-book online (We are asking our local tourists to book online.) They can visit the facebook page of the City Tourism Cultural and Historical Affairs Commission, or go directly to the online portal of our hotels and resorts,” she said.

Lapu-Lapu City’s first lady said that the easing of age restrictions is expected to bringing back the vibrance of the city’s tourism industry.

She joined Mayor Chan and other city officials led by Vice-Mayor Celsi Sitoy during the ceremonial countdown that was held ahead of the formal opening of the city’s “Balik Turismo Travel Fair.”