MANDAUE CITY, Cebu – The number of active cases of the coronavirus disease in Talisay City is now down to eight after the city did not log any new cases of the infection on Saturday, October 17.

Its recovery count, on the other hand, increased to 875 with the addition of one more on the same day while the city’s death count remains at 98. 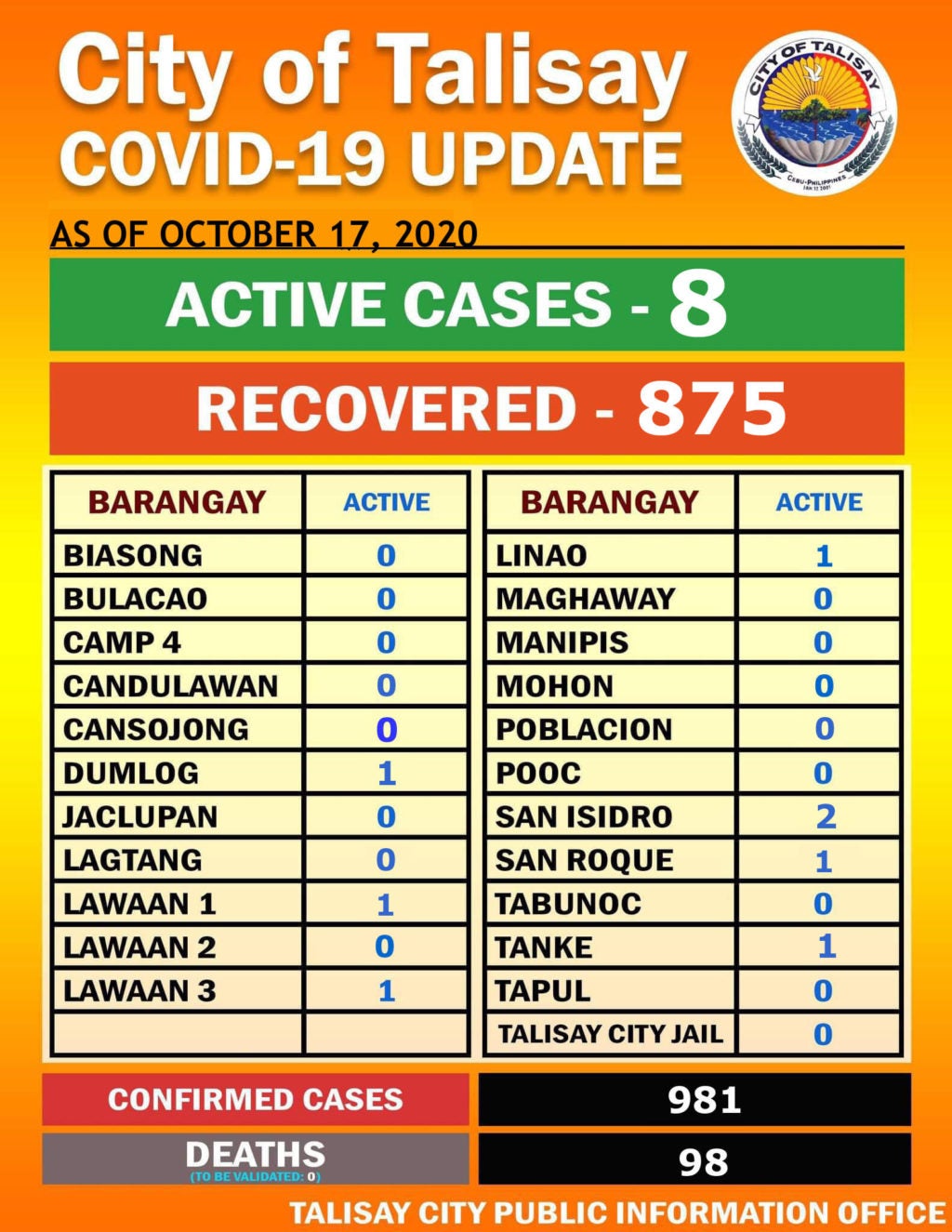 Active cases are found in Barangays San Isidro with two and Dumlog, Lawaan 1, Lawaan 3, Linao, San Roque, and Tangke with one each, data released by the City Public Information Office show.

As of Saturday, Talisay City logged a total of 981 confirmed cases of the infection of which only eight remain active.

The city logged 12 active cases on Wednesday, Oct. 14, and this dropped to only 10 the next day.  The number of active cases further dropped to eight on Saturday with more patients recovering from their infection.