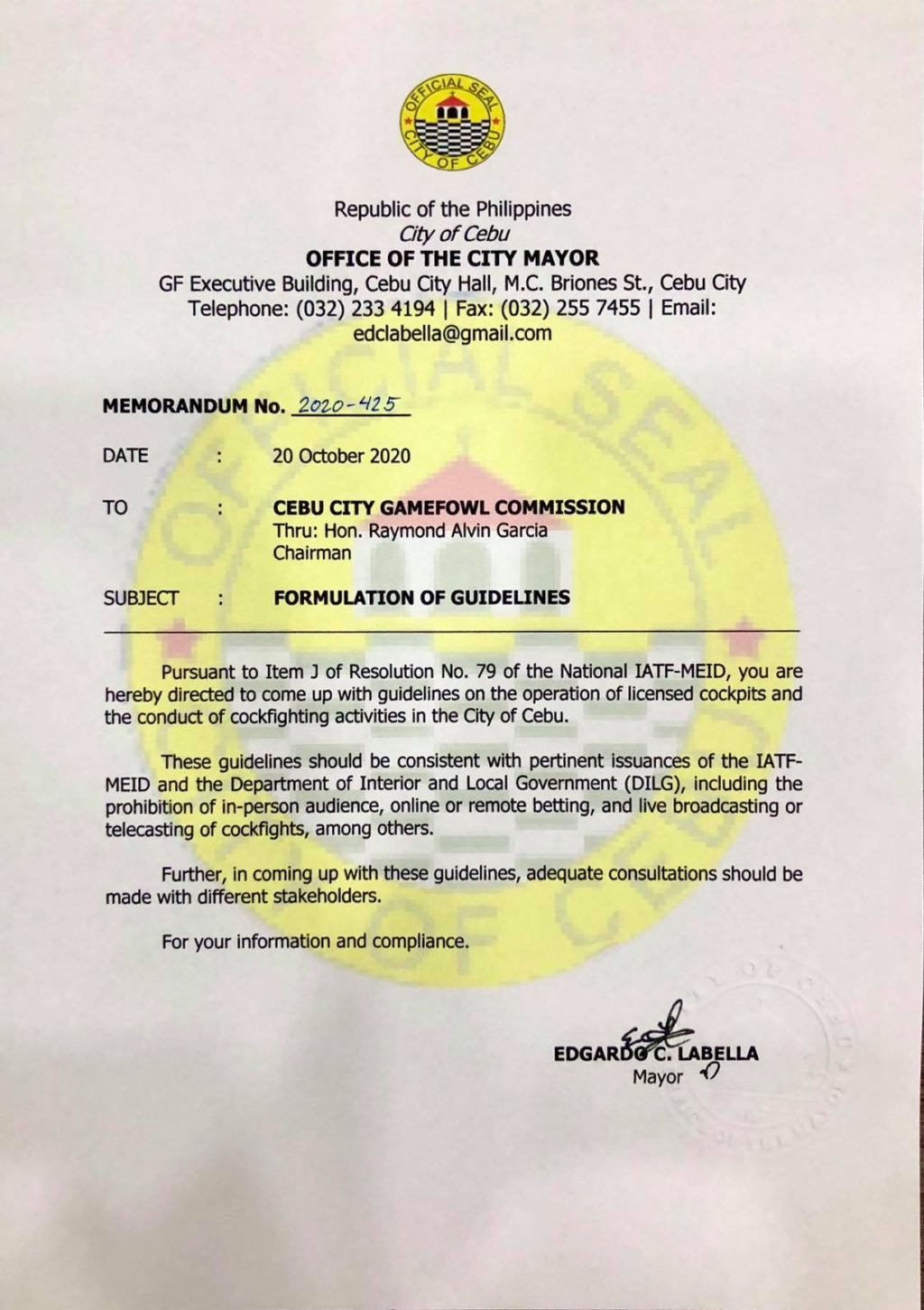 There are at least four or five licensed cockfighting pits that were closed down during the community quarantine since April 2020.

Labella said in previous statements said that he does not want the cockfighting pits to reopen as this is a potential gathering ground for public, which may be dangerous due to the ongoing health crisis.

But he said that the city government must listen to the plea of every sector, though he reiterated that listening does not automatically mean the granting of requests.

He ordered the Cebu City Gamefowl Commission to study the formulation of guidelines for the cockpits and how these can be implemented.

The guidelines must be in line with the basic health protocols set by the Interagency Task Force and under a limited capacity per arena.

Only if the guidelines are set and if all cockpits have complied with such guidelines will the mayor consider reopening these cockfighting pits.

“The role of the government is to listen. So we delegate the formulation of the guidelines to the Gamefowl Committee. This is their mandate and function,” said the mayor.

The mayor urged the public that if cockpits will be reopened, they will follow the minimum health protocols and avoid overcrowding the cockpits.

He said the city government wants people to be happy, but health should never be compromised especially in leisure activities.

“The virus is still around amongst us,” he reminded the public.