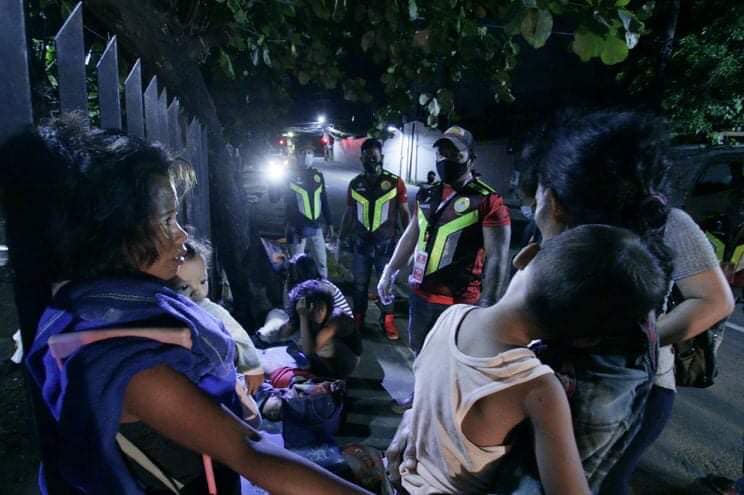 Street dwellers are rescued on Monday dawn, October 20, 2020, in this photo from the Cebu City PIO

CEBU CITY, Philippines — Cebu City Mayor Edgardo Labella said there is a need for coordination between local government units (LGU) so that street dwellers would not return to the city streets.

He said the main reason why the city government is relentlessly conducting rescue operations for street dwellers is to return them to their respective hometowns in the provinces, or cities.

However, once they are home, Cebu City no longer has control on how they are being rehabilitated, assisted, and helped to improve their quality of life.

This is why the mayor is looking into discussing with LGUs where these street dwellers come from how they can work together to improve the quality of life of these individuals.

Read: Police: Most of the rescued street dwellers have homes in Cebu City

In Cebu City, street dwellers who are actual residents are enrolled in vocational classes with the Department of Manpower and Development (DMDP) to help them find another means of living.

This is an idea he hopes the other LGUs would consider to reduce the migration of jobless and homeless individuals in the city.

If there is no coordination, the problem of the street dwellers will only remain a cycle and the city will exhaust its forces trying to rescue all of them.

“We will try to talk to the other LGUs how we can help these street dwellers,” said the mayor in a phone interview.

Nowhere else to go

On Tuesday dawn, the Cebu City government and the police rescued 170 homeless individuals from the streets to supposedly process their return to the provinces.

However, the street dwellers were seen returning to their spots by noon, a scenario that establishments along major streets in the city were not happy to witness.

One of the street dwellers, who asked not to be named, said they were not given food after being rescued and they were released after a few hours.

(They got our names and asked where we lived but we were released after that. We went back because we have nowhere else to go)

Mayor Edgardo Labella said the city will continue these operations because street dwellers pose a risk of spreading the Coronavirus Disease 2019 (COVID-19).

Read Next
Cop shoots alleged girlfriend, self in Talisay precinct