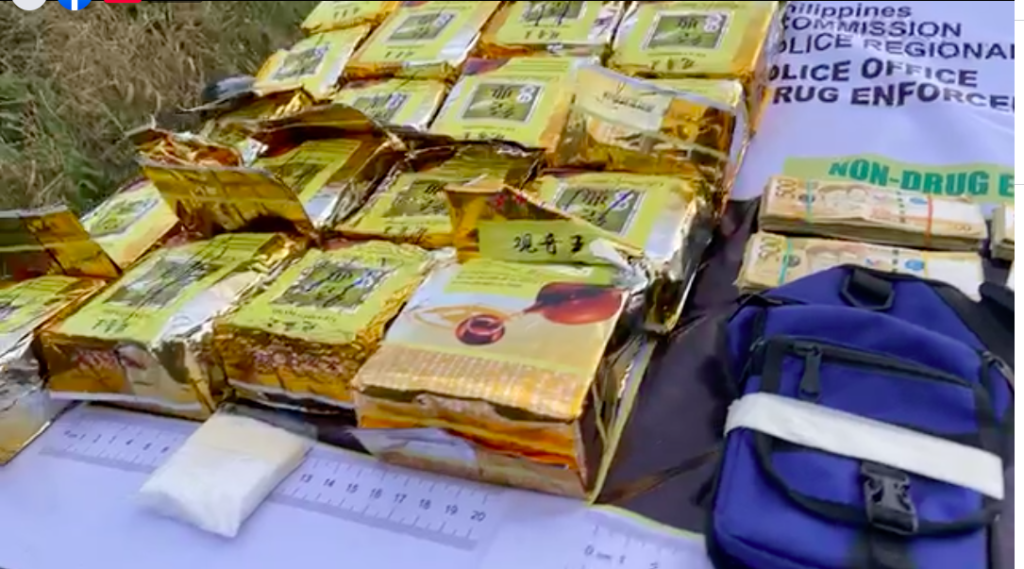 This screenshot of a Facebook live video of the PRO-7 shows around 22 kilos of illegal drugs confiscated in an operation in Barangay Suba Basbas in Lapu-Lapu City on Wednesday, October 21, 2020.

CEBU CITY, Philippines — A joint operation by the Philippine National Police (PNP) and the Philippine Drug Enforcement Agency in Central Visayas (PDEA-7) resulted to the arrest of a high-value individual (HVI) and confiscation of 22.1 kilos of illegal drugs worth a whopping P150 million.

The buy-bust operation was conducted by members of the Lapu-Lapu City Police Office (LLCPO) and the PDEA-7 past 4 p.m. on Wednesday, October 21, 2020, in Barangay Suba Basbas in Lapu-Lapu City.

Lumanog refused to respond to media questions and only said he will cooperate with the police’s investigation.

It is not clear if the confiscated drugs are high-grade shabu, but these were well-packed in yellow foil packaging. The samples will still be processed at the Crime Laboratory.

Lapu-Lapu City Mayor Junard “Ahong” Chan commended the city police chief, Police Colonel Clarito Baja, for the arrest of an HVI and the confiscation of the illegal drugs.

(I commend the city police. So far in Cebu, this is the biggest quantity of shabu confiscated worth P150 million.)