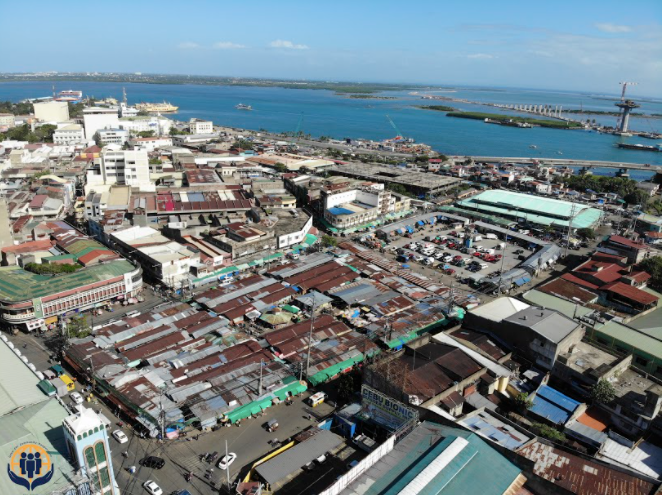 CEBU CITY, Philippines — Cebuanos have officially been presented two versions of a modernized Carbon Market, which is the largest public market on the island.

Conglomerate giant, Megawide Construction Corp., has submitted an unsolicited proposal for a multibillion development for Carbon Market, transforming it into a mixed-used development with a profit-sharing agreement with the Cebu City government.

The Joint Venture Selection Committee (JVSC) invited other companies on October 10, 2020, to counter this proposal of Megawide in a Swiss Challenge.

CFI Community Cooperative, a Cebu based cooperative, has taken up the challenge and presented their own proposal of a “Carbon Market for Cebuanos,” which will  still allow the city government to earn from the development.

So, what should Cebuanos expect from these two plans? How do they differ?

CDN Digital compiled a comprehensive comparison of the two plans that are now vying for the development of Cebu’s Public Market putting into their hands the fate of over 2,000 vendors with it.

Both the designs of Megawide and CFI are mixed-use developments featuring a main public market, a transportation hub, shops and other establishments, and home quarters.

Megawide will build the public market at the current Freedom Park with a train station design where stalls are lined up along a spacious walkway with two ground levels. The design is reminiscent of the old train station in the area. 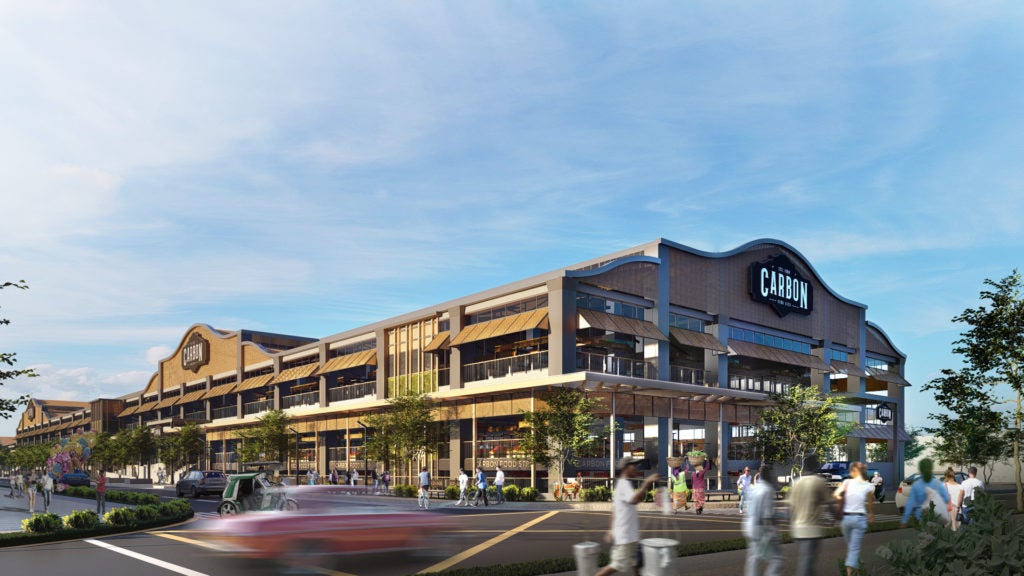 Similarly, the CFI wants to keep the old train station feels in Freedom Park, but it instead created a more modern facade for the famous structure.

Instead, the CFI will keep the park for the public to enjoy reminiscent of the olden days when Freedom Park was a place for public events and debates. 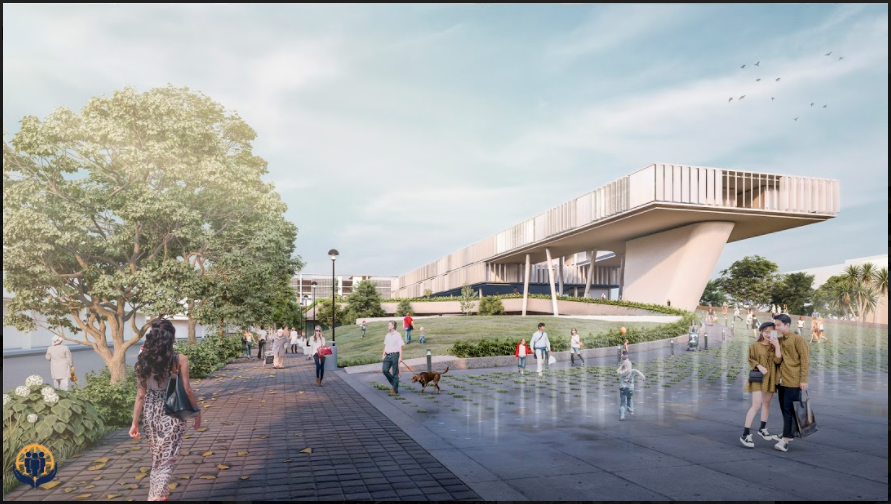 The CFI said they would want to keep the intangible heritage of Freedom Park as a place where people could be free to express themselves whether in speech or in art; thus, the large community space.

Another common factor for the two designs is the transportation hub where all forms of transportation will be realigned to drop off and carry passengers there.

In this way, traveling to the modern Carbon Market will no longer be a hassle for Cebuanos.

The CFI featured a typically covered terminal so that waiting passengers will be protected in all sorts of weather. The terminal will be found in the interior portion of the Carbon Market Complex. 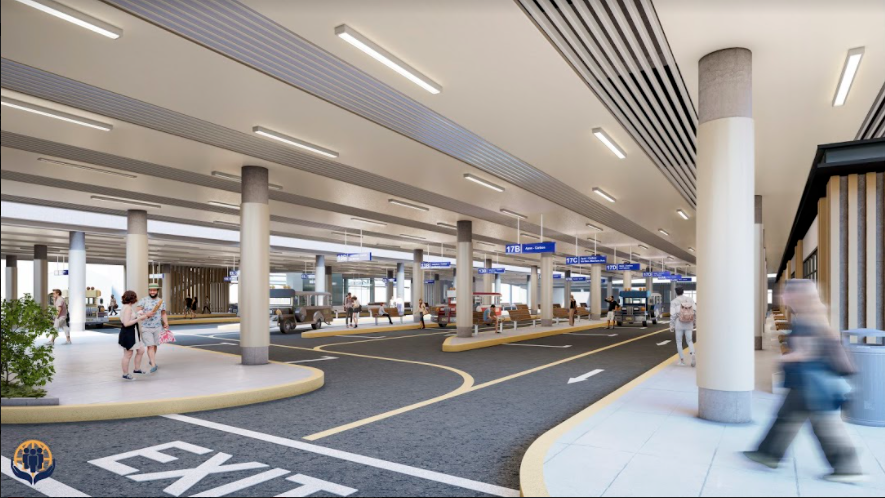 Megawide, however, took the transportation hub to the next level.  Although they still had a transport hub for jeepneys, buses, and other forms of transportation in the inner portion of the compound, they also incorporated a water taxi port.

Megawide said they planned to connect Carbon Market directly to Mactan Island so that arriving tourists and visitors will be able to use water taxis to reach the market immediately. 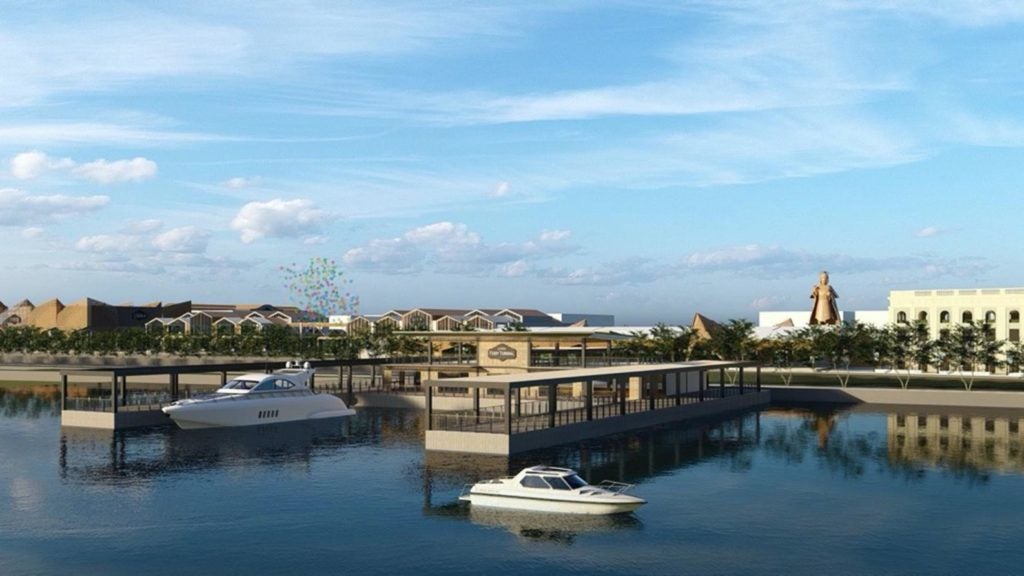 Public Market and other establishments

The public market of Megawide as stated is found at the Freedom Park in a structure that resembles a train station. However, the conglomerate said that more establishments would be featured as well.

One main difference is that the conglomerate is planning to build a wholesaler hub in Block 3 of the Carbon Market in order to separate wholesalers from the retailers at the Public Market. 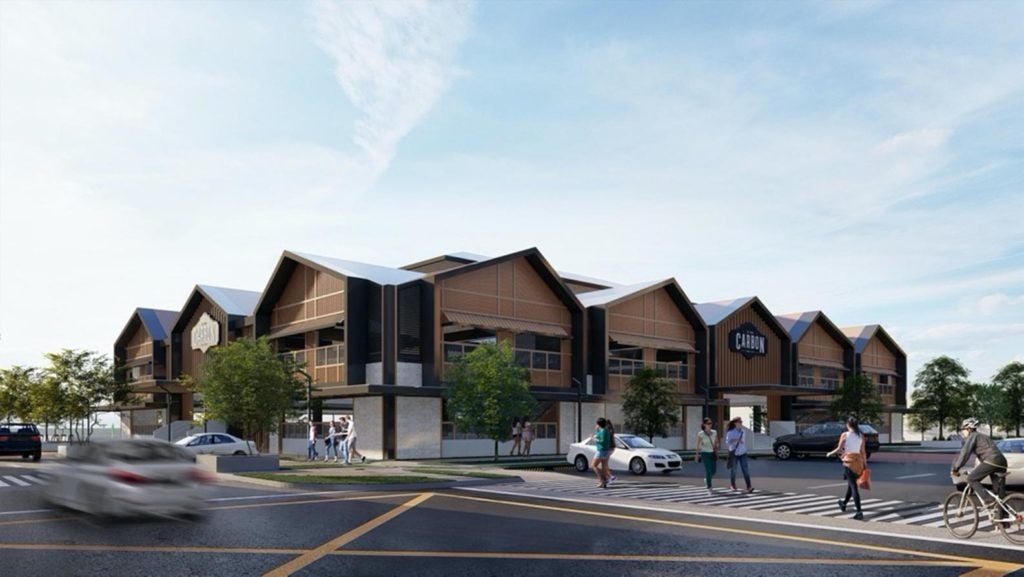 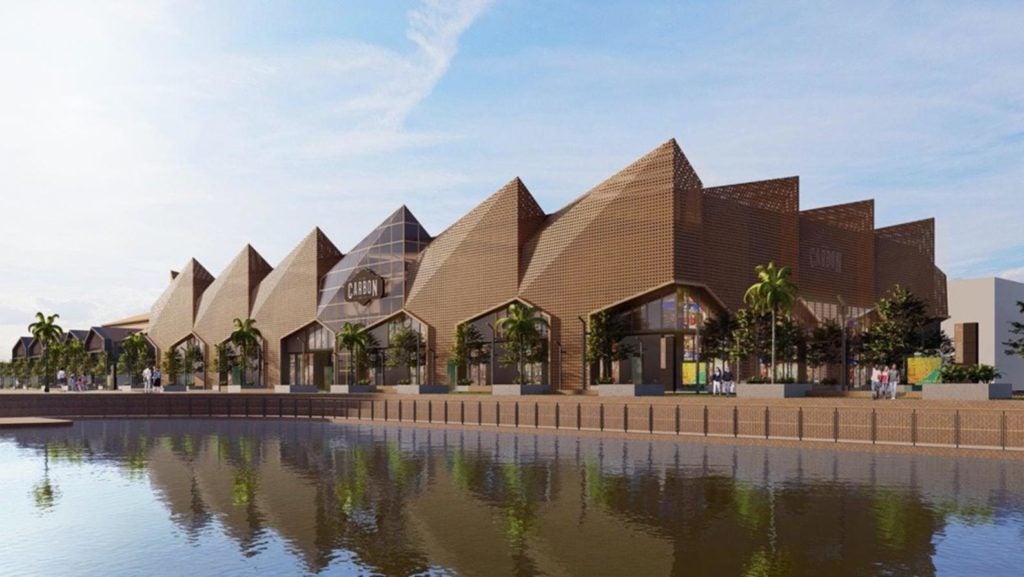 As for the CFI, the public market is larger with more units stretching out from the Freedom Park to the Interior Portions of the Carbon Market up to the seaside area.

The CFI offers more space for vendors and other commercial establishments in its design. 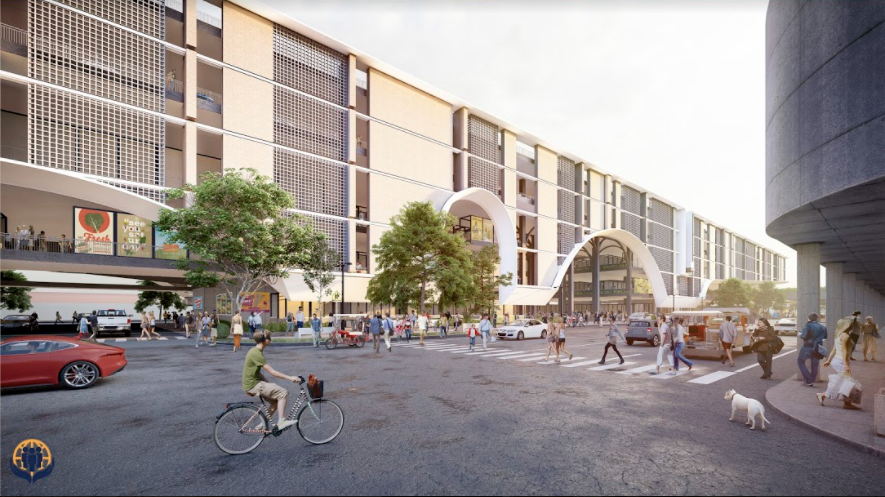 The CFI wants a more open safe where it is easier for vehicles to move from one unit to another and mutli-level structures to accommodate more establishments.

However, the particular sections of their market has not yet been revealed. 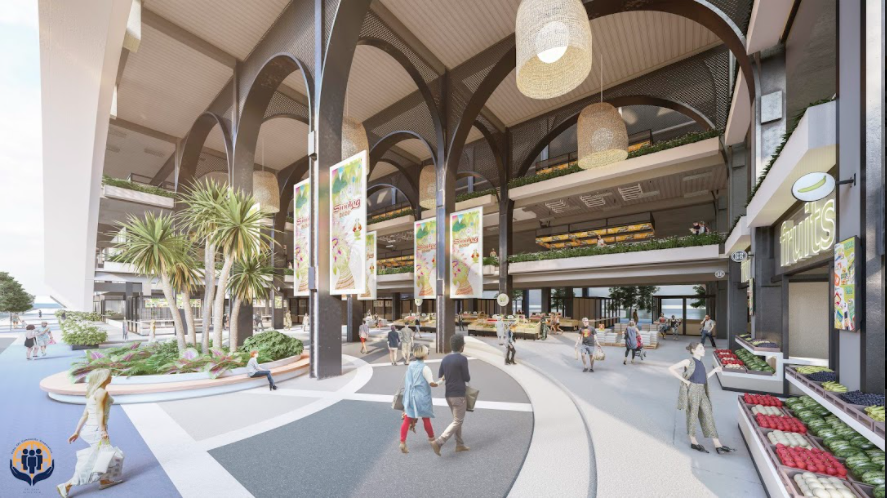 The CFI has taken into consideration the 700 families who will be displaced in the process of modernizing the Carbon Market.

The cooperative has planned to temporarily relocate them in a temporary structure until a tenement building has been completed for them. This tenement and living quarters will be for the residents of Barangay Ermita who will lose their homes due to the development.

Still, the CFI offers a space for a hotel park for tourists who may want to stay at the heart of Cebu. 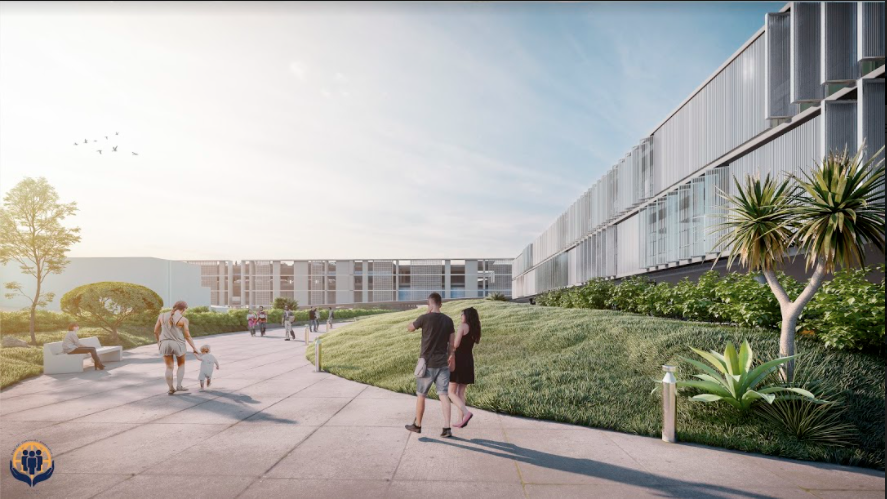 This is where Megawide seemingly could not equate the design of CFI as they said that they would leave the relocation of the 700 families to the city government.

Megawide said the Cebu City promised to find proper relocation sites for them, and the conglomerate offered to help them find a good place.

Instead of living quarters, the Megawide design showcases an in-city check-in hotel that targets tourists who would be staying for a short time in the city waiting for a connecting flight.

They will be using the water taxi port from Mactan Island and straight immediately to the hotel in the Carbon Market. This would be a first for Cebu. 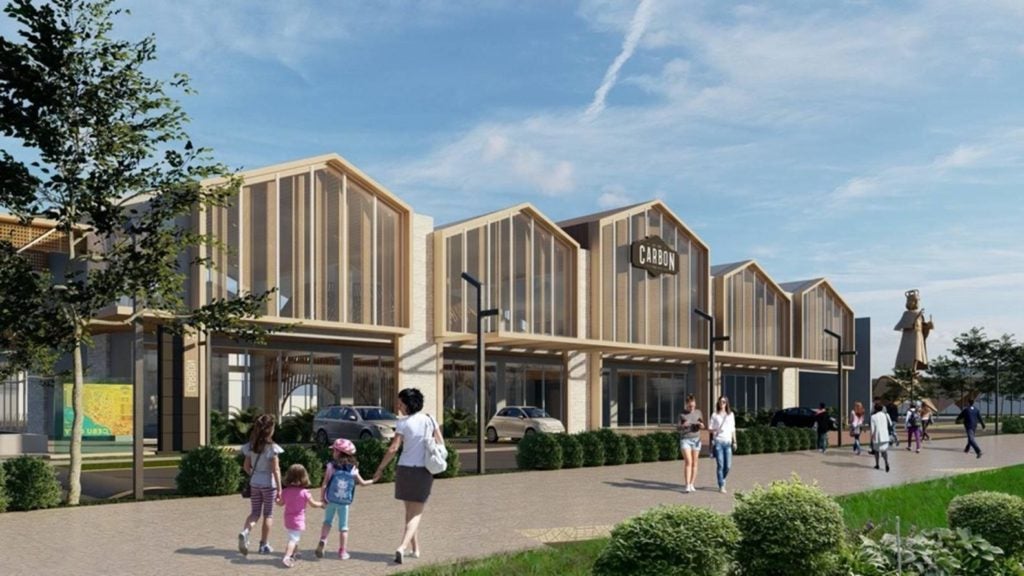 Finally, both designs feature a seaside view with Megawide’s primary feature of the Carbon Market, a Sto. Niño-shaped chapel for the Holy Child.

Megawide said that they would want to place the Sto. Niño in the middle of Carbon Market as a symbol of hope and faith to all Cebuanos. 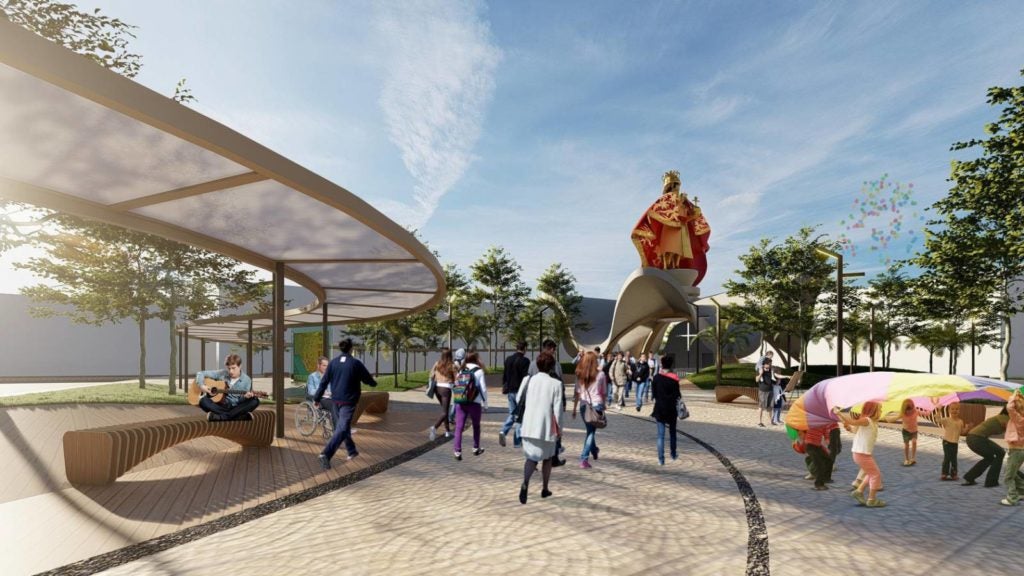 The seaside park design of CFI may not have the Sto. Niño, but it showcases the natural beauty of coastal Cebu with the pond as its main feature and multipurpose activity centers for public use.

CFI said they designed the Carbon Market for Cebuanos to enjoy more than anyone else. 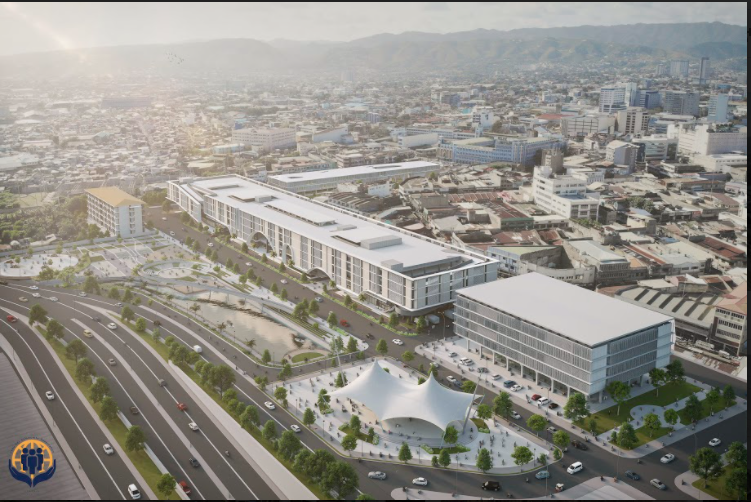 Both Megawide and CFI are contending for the multi-billion Joint Venture Agreement with Cebu City to rebuild the Carbon Market as a modern market hub and tourist destination.

Megawide may take 5 years for its first phase while CFI hopes to finish within two years. Both developers will construct the new market in phases and none of them are clear as to how long it will take to complete the entire development.

The CFI is offering a profit-sharing of 10 percent to the city government as well, while Megawide has not released its figures yet.

Both developers promise that their designs would make the Carbon Market world-class and will bring in a long term source of revenue for the city government.

Both of them also promised to put the welfare of the vendors above all else.

Still, the decision lies on which contract will be endorsed by the Joint Venture Selection Committee (JSVC). Despite controversies surrounding this particular Swiss Challenge, Mayor Edgardo Labella has expressed his utmost trust to the committee.

“I have not received any JVA yet, but when I do, I will release a copy to anyone who wants to get one,” assured the mayor.

The mayor assured the public as well that the city would only undertake a contract with the most benefit to its residents.

Yet above all else, the project lies in the approval of the City Council, who has the sole right of allowing or disallowing the mayor to undertake a contract on behalf of the city government.

The City Council said they eagerly await the JVA that would come to them and Councilor Raymond Garcia, the majority floor leader said they would immediately form a committee of five to scrutinize the JVA.

Vice Mayor Michael Rama assured the public that the council would be prudent in choosing the best contract for the development of the Carbon Market. /dbs