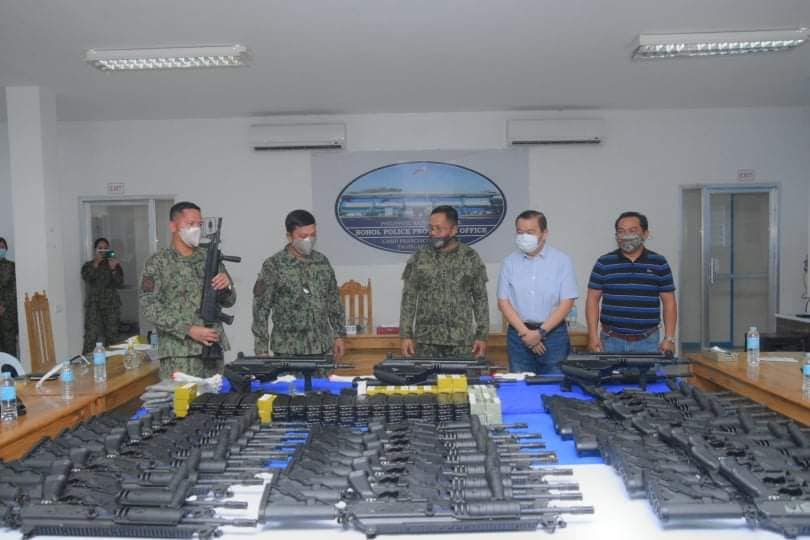 | Photo grabbed from the Facebook page of Police Regional Office 7

The logistical equipment and supplies coming from PRO-7 is expected to boost the firepower and will empower policemen in the island province.

“The turnover of resources will be an advantage to the police force in fighting insurgents and criminals lurking in Bohol. While it also gives the assurance to the people that they are safe in the hands of the PNP,” Ferro was quoted saying in an advisory that was posted by the Police Regional Office 7 on Saturday night.