Redeployment of Cebu City PUJs may be delayed 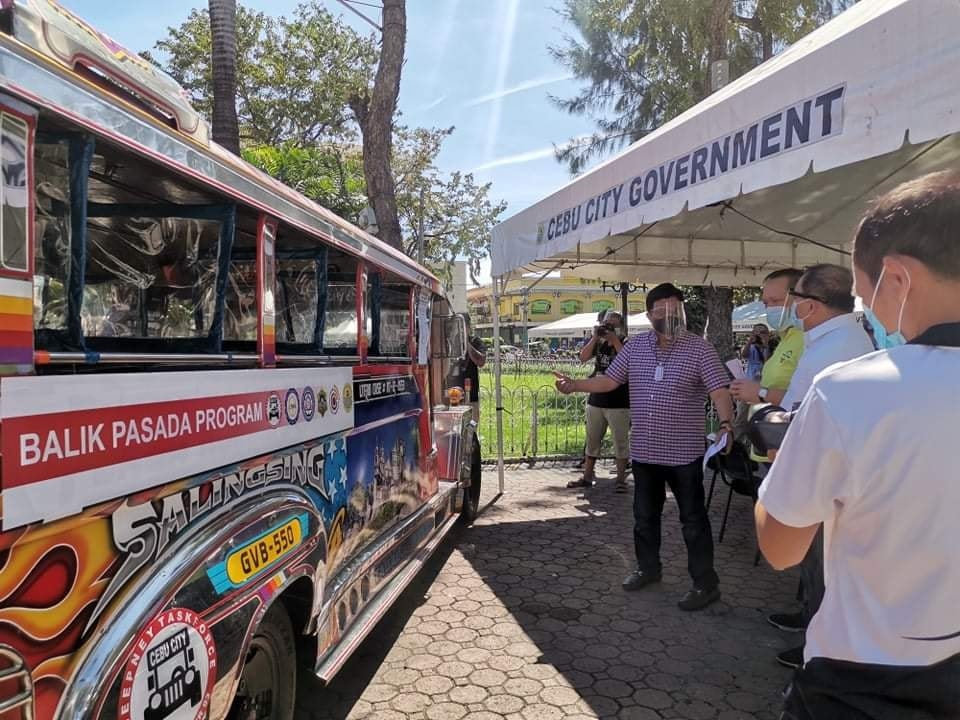 CEBU CITY, Philippines – The redeployment of traditional public utility jeepneys (PUJs) in Cebu City may be be pushed back to a later date.

This developed after the city’s Jeepney Task Force on Monday, November 9, 2020, said the scheduled swab tests among drivers will be postponed.

“Supposedly, we scheduled around 200 drivers to undergo swab tests today (Monday). However, there is a slight hitch since we need to comply with a DOH (Department of Health) policy regarding testing,” said Councilor James Anthony Cuenco, who heads the task force.

Cuenco was referring to the recent policy of DOH that mandates coronavirus disease 2019 (COVID-19) tests made for non-diagnosis purposes should be conducted through pooling.

Pooling or pooled sampling, as defined by the U.S. Center for Disease Control and Prevention, is the technique of combining respiratory samples from several people and conducting one laboratory test on the combined pool of samples to detect SARS-CoV-2.

SARS-CoV-2 is the causative agent of COVID-19.

The Cebu City Government was targetting to have old jeeps running back on the roads this Wednesday, November 11.

Meanwhile, Cuenco said the city has already recorded around 1,200 drivers of traditional jeeps who have registered to the Balik Pasada Program as of November 9, 2020.

With the scheduled swab testing postponed, he also said this number will increase in the coming days as they will keep registration open.

“With the swab tests suspended, we will continue with the registration. So those who want to catch up and register, they’re given the chance to do so,” said Cuenco.

The councilor also said they are still finalizing the dates of the swab tests as they await guidelines and coordination from DOH in Central Visayas (DOH-7).

“We’re also asking DOH-7, if possible, to prioritize the tests for our drivers because they have been waiting to return to the roads for so long already, we don’t want to prolong their agony,” Cuenco added in Cebuano.

In the meantime, he assured drivers and operators that the delay is only temporary and will not last long.

“This delay will just be in a few days. It’s just temporary and we are remedying it,” he said.