Labella on Edlab riders gathering: Supporters are not exempted from the law 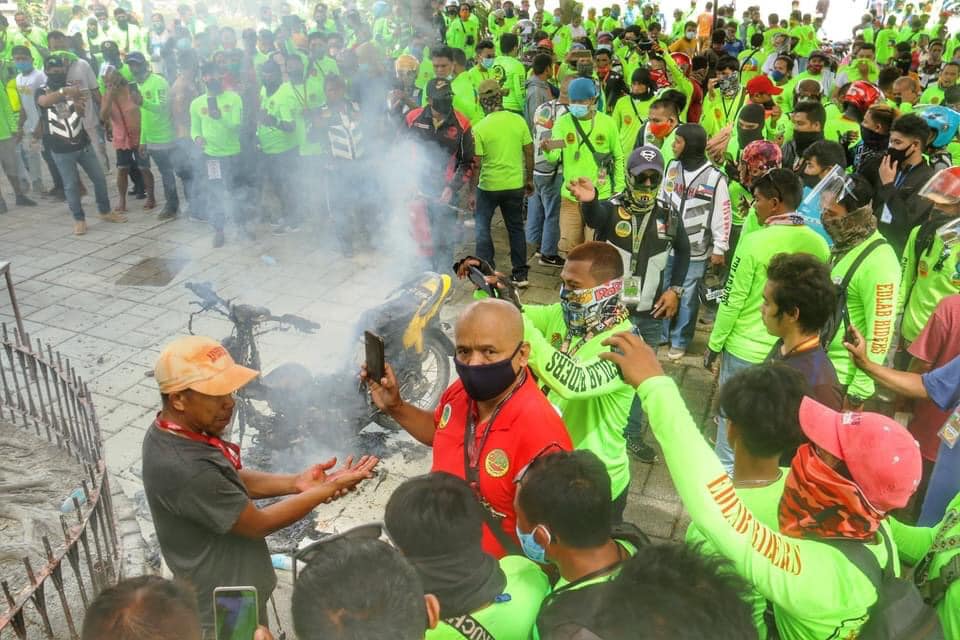 Mass gathering of Edlab Riders at the Plaza Independencia on November 8, 2020. | Contributed photo

CEBU CITY, Philippines — Cebu City Mayor Edgardo Labella said that no special treatment should be given to violators of the law, even to his own supporters.

This was his response to the statement of the Cebu City Police Office (CCPO) on Tuesday, November 17, 2020, that they will be filing charges to over a hundred Edlab (Edgar Labella) riders who gathered at the Plaza Independencia on November 8, 2020.

Netizens have been repeatedly calling out the event, following the mass gathering at a store in Barangay Lahug, which was probed by the city government.

The netizens called out the unfair treatment between the two incidents, with many saying that the Edlab Riders should also be probed for the mass gathering.

Mayor Labella said that he supports the police in its investigation so that it will also provide the riders a chance to explain themselves, a process that all violators go through.

“Maayo na kay maka explain sila sa nahitabo. Paminawon lang sad ilang side. (That is good so they will have a chance to expain what happened. Their side should be heard),” said the mayor in a phone interview with CDN Digital.

Labella said that the riders are volunteers from the various barangays who supported him through his first term as mayor.

Although they are his supporters, Labella said that they are not exempt from the law. If they violated the law, the police has all the reason to file charges.

“No one is above the law. Supporter or not, they should answer to the law,” said Labella.

He urged his supporters that the best way to show their support is to follow the health protocols including social distancing, staying at home, wearing face masks and face shields, and following all other guidelines for the Modified General Community Quarantine (MGCQ).