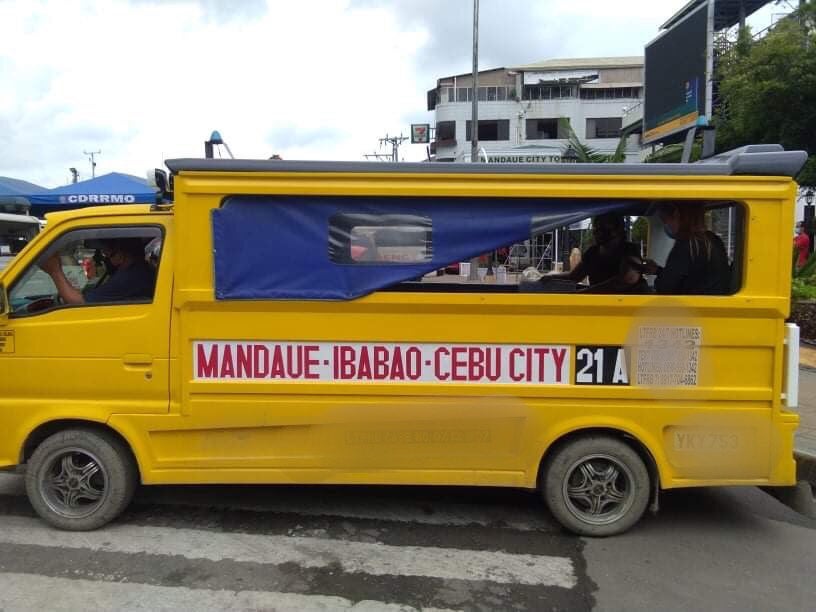 The traditional public utility jeepney drivers in Mandaue City can still get back on the streets once they get a TEAM clearance and promise to pay their traffic violation penalties within six months. | CDN Digital file photo (Mary Rose Sagarino)

MANDAUE CITY, Philippines — Drivers of traditional public utility jeepneys (PUJs) in Mandaue City with pending penalties of traffic violations can have the chance to go back to the streets and ply their routes again.

This developed after the Mandaue City government met with officials from Pagkakaisa ng mga Tsuper at Operators Nationwide (PISTON) Cebu chapter today, November 23, 2020, to discuss the issue of the drivers’ traffic violation penalties.

Read: Mandaue jeepney drivers may resume operations in December yet

All these TPUJ drivers have to do would be to secure a provisional clearance from the Mandaue City’s Traffic Enforcement Agency of Management (TEAM), said Lawyer John Eddu Ibañez, executive secretary of Mayor Jonas Cortes, who represented the city government during the meeting.

(They [representatives of the city government] said that we could secure the TEAM clearance even if we still had not paid our first installment for the penalties on our first trip. However, we have to pay the first installment after we are done plying our routes for the day. They also said that we would be allowed to appeal if after six months we still could not pay it fully.)

(We let them understand that we cannot waive that [penalties] because it will be unfair to those drivers who have no violations.)

(Those who have violations will be made to pay but we will not force them to pay right away because they have not driven their PUJs for eight months. They will instead be given a provisional clearance valid for six months. )

“If they can fully pay their traffic violation penalties within six months, then their TEAM clearance will be extended to one year,” said Ibañez in Cebuano.

For those, who cannot still fully pay their penalties in six months, their TEAM clearance will not revoked.

But, Ibanez said that these drivers would have to appeal again for the extension of their penalty payment schedule.

The TEAM clearance is one of the requirements to proceed with the one-stop-shop on December 1 to 4, 2020 at the Mandaue City Cultural and Sports Complex where representatives of agencies like the Land Transportation Franchising Regulatory Board in Central Visayas and the Land Transportation Office in Central Visayas will be present to assess the vehicles and the drivers as they secure their special permits to operate.

The city government also assured that swab testing of the drivers will be free of charge./dbs

Read Next
Ferro: PRO-7 can possibly have new RD by December