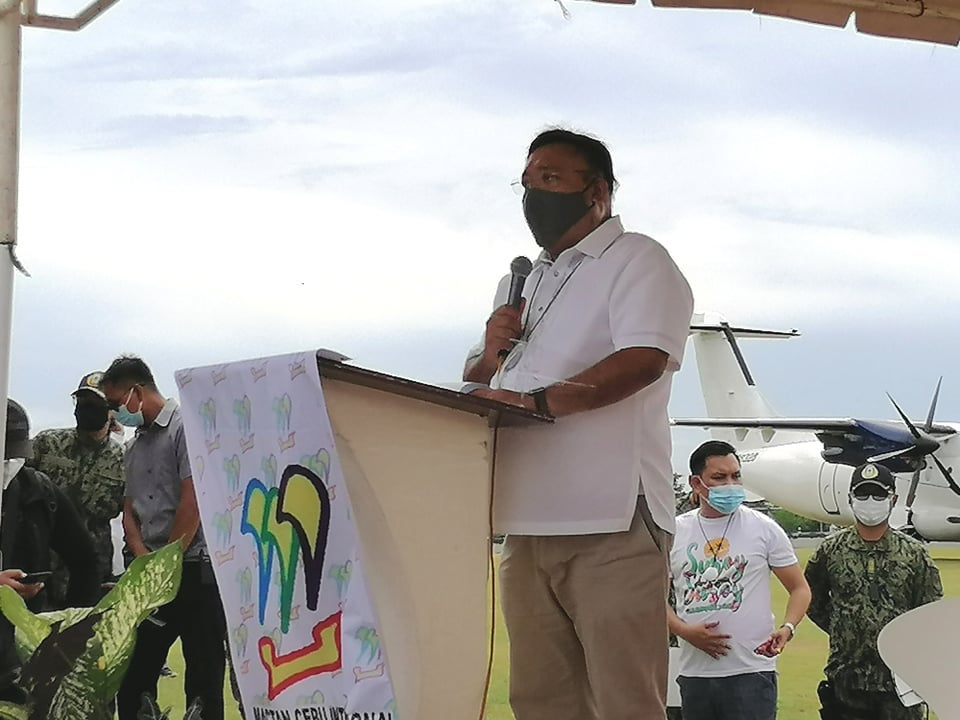 Presidential spokesperson Harry Roque announced today, November 27, 2020, that the national government is leaving the fate of the Misa de Gallo up to the local government units. |CDN Digital photo Morexette Marie B. Erram

BANTAYAN ISLAND, Philippines – The fate of the Misa de Gallo (dawn Masses) this year will be up to the local governments, Presidential spokesperson Harry Roque announced.

Roque, who is in Bantayan Island in northern Cebu on Friday, November 27, 2020, announced that the national government’s anti-coronavirus task force will be leaving the decision whether to allow the holding of Misa de Gallo to local government units (LGUs).

Roque cited the agreement made among local government officials in Metro Manila in which mayors agreed to adjust their curfew hours to allow devotees to attend Simbang Gabi.

On the other hand, Roque said that the IATF is yet to decide whether or not to ban street caroling but said they are not inclined to allow it.

“Napakadelikado yung caroling. Actually, hindi pa na desisyonan ng IATF. But they will have to come up with a decision. But for me, it’s high risk po pagkakanta nang malakas…” explained Roque.

In Cebu City, Mayor Edgardo Labella earlier said they will wait for the official announcement from the IATF before making any measures in relation to Misa de Gallo.

However, the police opposed the idea of allowing Simbang Gabi due to possible violation of health protocols such as the implementation of social distancing.

The Archdiocese of Cebu, for their part, announced that they are preparing “options” in anticipation of the possibility to ban this yearly Catholic tradition.

Misa de Gallo is a religious practice among Catholics wherein devotees attend dawn Masses on the days leading to the midnight Mass on the eve of Christmas, December 24.

These events, however, are usually marked by an influx of people going to Churches to attend the Masses, which could pose health risks as gatherings are pointed to as one of the major drivers in the rapid spread of SARS-CoV-2, the virus which causes coronavirus disease 2019 (COVID-19). /rcg

Read Next
No more drug testing required in renewing, applying for driver’s license in CV