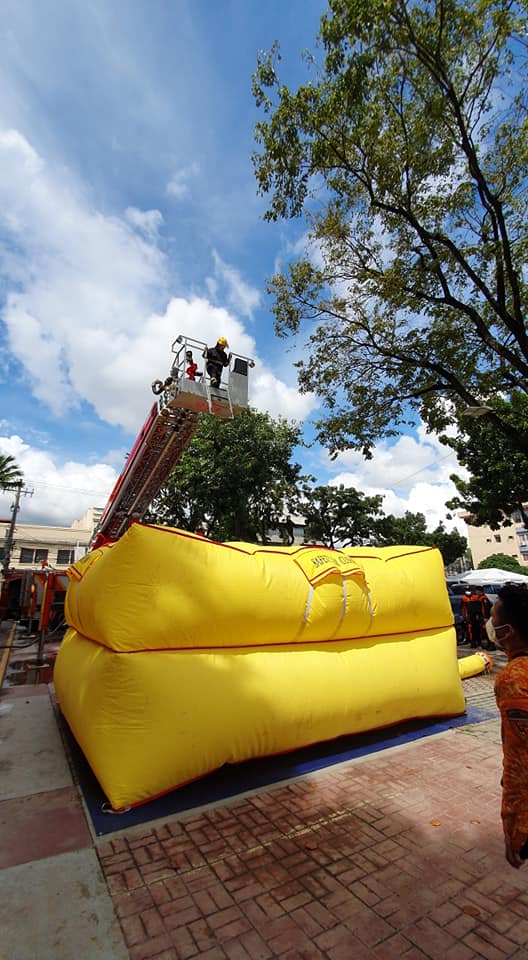 The new aerial ladder and inflattable cushion of the Cebu City Fire. | Photo Courtesy of the CDRRMO

CEBU CITY, Philippines — The Cebu City Fire Department received a new aerial ladder and an inflatable safety air rescue cushion  that can be used to respond to fire incidents in the high rise districts of the city.

(We know there are a lot of high-rise buildings here and we need ladders to make our fire and rescue operations more efficient.)

The director said that the modernization of the Bureau of Fire Protection is among the priorities of President Rodrigo Duterte, who specifically mandated that all highly urbanized cities must be equipped with not only aerial ladders but also other modern equipment to fight the fire and other incidents.

The equipment is only an additional advantage given to the fire fighters to provide them a better chance in putting out fires, especially in high-rise buidling.

However, Embang said the training of the firefighters and the personnel is also another aspect to focus on. The BFP is already hiring more firefighters per local government units (LGUs) to increase the manpower of each BFP unit.

The director thanked the private sector in Cebu City, who offered to build an area in the Cebu Business Park where the aerial ladder can be parked.

As for his mandate to all BFP units, Embang said all units must be alert, especially in tourist areas and residential areas.

Cebu City Mayor Edgardo Labella expressed gratitude to the BFP for turning over the new equipment. He said this would improve fire and rescue operations in the city.

“I asked them for the inflattable cushion aside from the aerial ladder and they were able to deliver,” said the mayor. 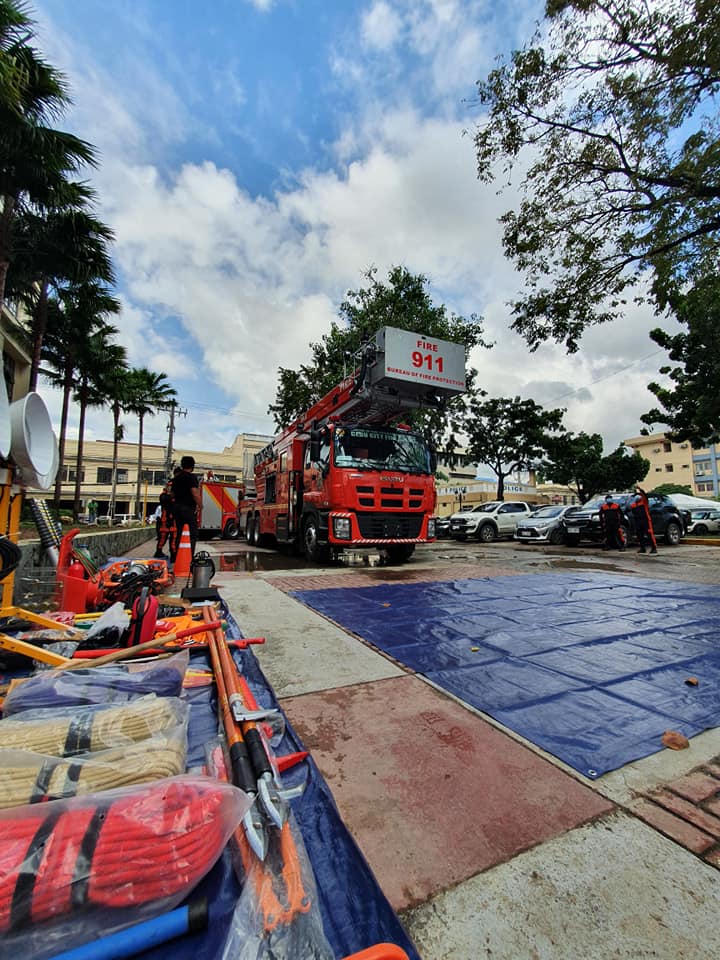 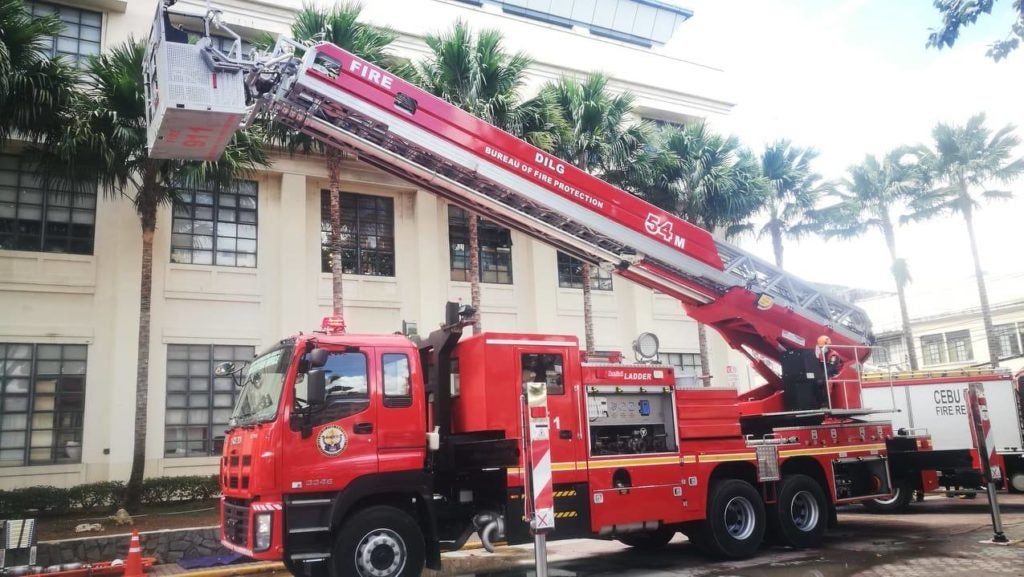 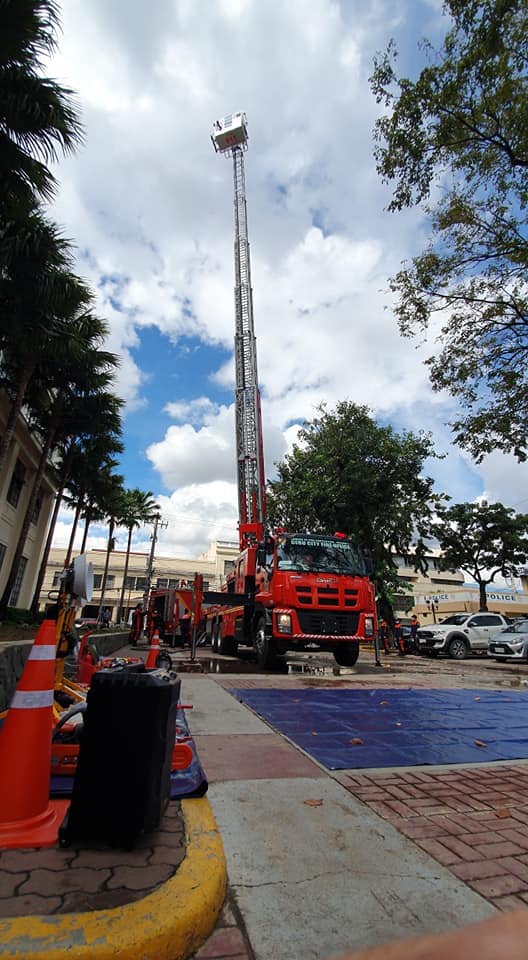 Read Next
Labella hits back at opposition councilors: ‘Where were you during the pandemic?’