700 personnel to be deployed in churches around the city 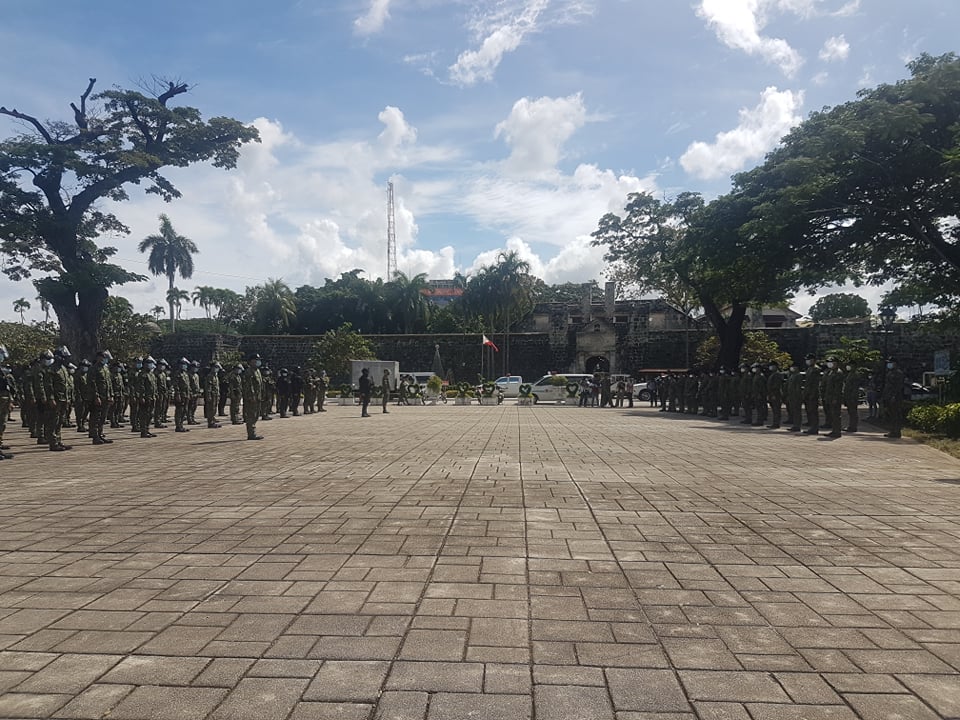 Policemen, force multipliers, and augmentation forces prepare for a send off on Tuesday morning, December 15, 2020, before the start of the Simbang Gabi and Misa de Gallo. CDN Digital photo | Delta Letigio

According to Police Colonel Josefino Ligan, the director of the CCPO, 219 policemen will be deployed to 35 churches here that will be hosting the traditional nine-day evening or dawn masses.

Additional forces of 100 from the Prevention Restoration Order Beatification and Enforcement (PROBE) team, 200 from the City Environment and Sanitation Enforcement Team (Ceset) and barangay personel, and at least 150 Task Force Kasaligan personnel will help the police man the churches as well.

Ligan said that in every church, personnel will be deployed at entrances to control the number of people going in. They are tasked to make sure that only 50 percent of the church’s capacity inside and outside will be filled.

Personnel will also be deployed along the roads surrounding the churches to make sure people are not hearing mass from the roads, save for pedestrianised areas like the Osmeña Boulevard portion at the Basilica Minore del Sto. Niño.

For those who aren’t able to attend the novena masses, Ligan suggested going back to their houses and watch the livestream version of the mass.

(We will really discourage hearing mass from the streets. It would be better if they go home and watch the livestream of the mass from their cellphones.)

Mayor Edgardo Labella also reminded the public to remain vigilant during the Misa De Gallo and to maintain the health protocols.

He warned that even though the quarantine passes will be suspended, violators for other health protocols especially wearing masks, face shields, and social distancing will be still be apprehended.

Meanwhile, the CCPO urges the public to make sure someone stays at home should they decide to attend the dawn masses.

This is to avoid getting robbed by robbers and Akyat Bahay men.

“Other forms of criminalities will also be rampant during the Misa de Gallo,” warned Ligan.

As gratitude to the policemen who will be serving in the Misa de Gallo, the city government will be recommending them for promotion if they maintain a good performance throughout the Christmas season.

“After all work you have done this pandemic, you deserve to be promoted,” said the mayor.