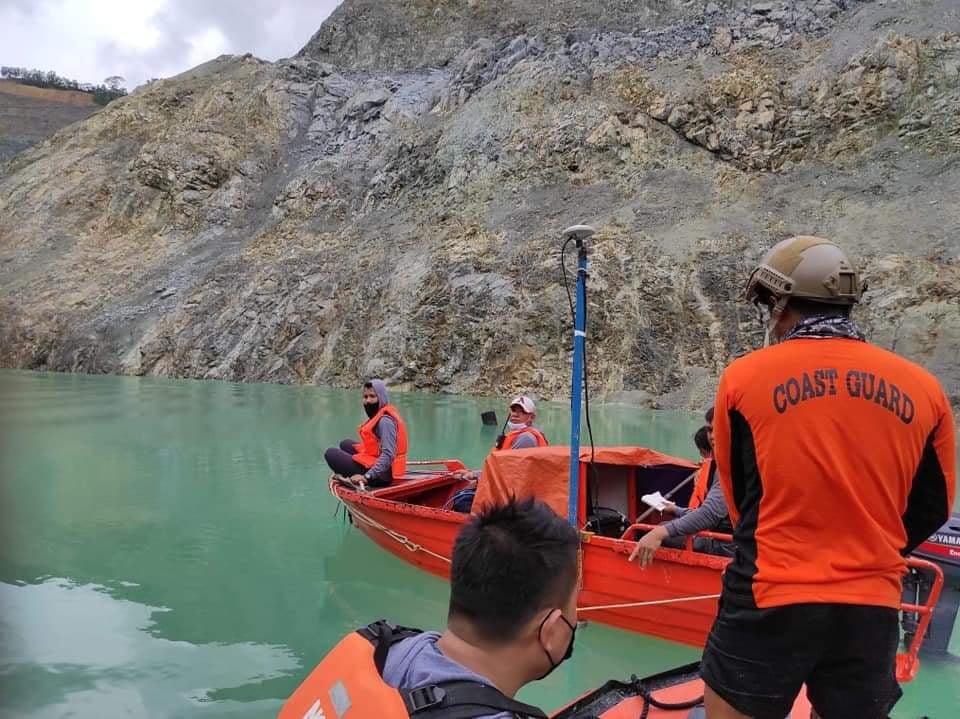 Philippine Coast Guard personnel continue to scour the depths of the collapsed open-pit mine in Toledo City in the hopes of finding the still missing six miners. | Photo courtesy of Toledo City Public Information Office

CEBU CITY, Philippines – Cebu Governor Gwendolyn Garcia on Tuesday, December 29, announced that the Capitol has no plans to intervene in the ongoing probe on the landslide that occurred in an open-pit mine in Toledo City.

“The investigation is not our expertise nor is it our mandate. The MGB (Mines and Geosciences Bureau) has undertaken the investigation. We’ll wait for their results,” said Garcia in a press conference on Tuesday.

Search and retrieval operations for the missing miners are still ongoing as of Tuesday, with personnel from the Philippine Coast Guard (PCG) helping local disaster and rescue officials scour the site’s lakebed for possible signs.

The local government of Toledo City has already started relocating 400 families or 2,000 individuals in Barangay Biga whose houses are at risk following the discovery of widening cracks near the landslide site.

In the meantime, Garcia said the provincial government will be providing assistance to the workers affected by the tragedy.

“We will be helping the families affected, including the workers who were injured due to the incident,” she said.

The Provincial Welfare Development and Services Office (PSWDO) has been instructed to coordinate with the city government of Toledo.

CCC, in earlier statements released, also vowed that financial and other means of assistance will be granted to their employees affected by the landslide.