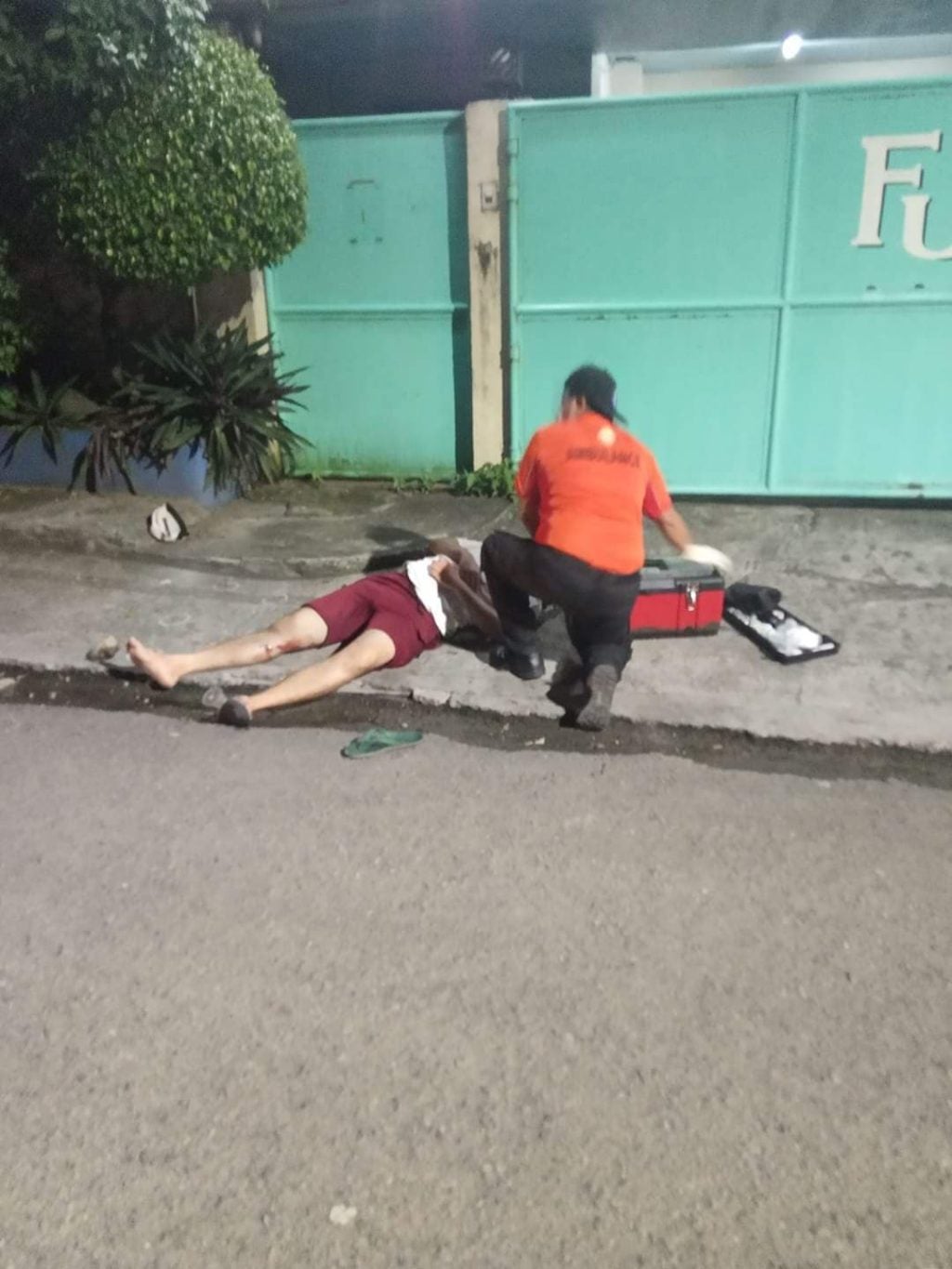 The body of San Fernando ex-mayoral candidate Ruben Feliciano lay on the ground after he was shot dead by unidentified assailants. | Paul Lauro

CEBU CITY, Philippines — The first shooting victims of Cebu City in 2021 are San Fernando town’s ex-mayoral candidate, Ruben Feliciano, and his nephew, who were attacked by still unidentified assailants in Barangay Apas, Cebu City on the evening of New Year’s Day.

Police investigators said Ruben Feliciano died on the spot while his nephew, Kim, is still undergoing treatment at a local hospital.

Police Captain Renz Talosig, the Mabolo Police chief, confirmed to CDN Digital that the family of Feliciano through a cousin of his first wife confirmed his identity shortly after his death.

Feliciano was a businessman and politician who ran against incumbent San Fernando town Mayor Lakambini “Neneth” Reluya in 2019.

Initial investigations reveal that Feliciano and Kim were walking outside their rented home in Lower Fulton Street, Barangay Apas, when a white van passed by, stopped and unidentified men came out and riddled them with bullets.

Feliciano died on the spot sustaining two gunshot wounds, one in the arm and another on his body. Kim sustained one gunshot wound in the body and was rushed to the hospital for treatment.

The police chief said that the alarm was received past 6:30 p.m. on New Year’s day as people in the area heard gunshots before finding the two victims lying on the sidewalk wounded.

He said no one who saw the incident came forward to make a statement and they are still investigating how many individuals perpetrated the killing of the ex-politician and the wounding of his niece.

The unidentified gunmen left without a trace save for the bullets after the incident.

The Mabolo Police are urging witnesses to come forth and give their statements to the police to help in the investigation.

Talosig said that as investigations continue, they are also finding links as to why Feliciano may have been killed and whether this was political, business, or personal in nature.

The residents in the area claimed that Feliciano has been renting a place in the area since September 2020. He left for a while then returned on December 1, 2020.

He has been staying in the rented place in Apas since then.

The landlady of the building where Feliciano lived said she cannot think of a reason for his killing as Feliciano and his nephew were “good people.”

It can be remembered that Feliciano ran against Reluya in the 2019 elections but lost to the incumbent.

He was shrouded in controversy as his supporters allegedly harassed a barangay councilor in the town during the election season. /rcg