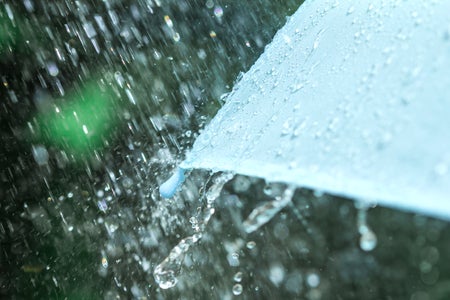 MANILA, Philippines — Moderate to at times heavy rains will be experienced in the Bicol region and Quezon, including Polillo Islands, due to the tail-end of a frontal system, the state weather bureau said Sunday.

Pagasa warned of possible flash floods and landslides during heavy or prolonged periods of rainfall.

This may happen in areas prone to these hazards or in localities that received significant amounts of rainfall over the past couple of days or weeks.

The public and the local government units’ disaster risk reduction and management offices were advised to monitor Pagasa’s weather updates.