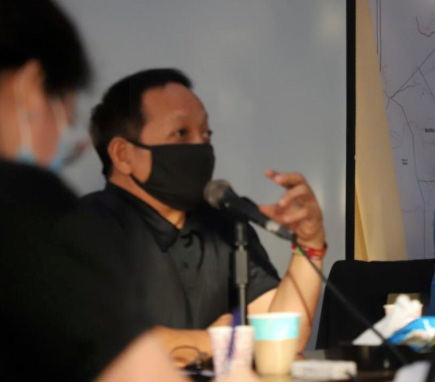 CEBU CITY, Philippines — The Cebu City Emergency Operations Center (EOC) is grateful to the Sinulog 2021 organizers for heeding the request of the medical community and the police to cancel the physical activities of the upcoming festival.

Councilor Joel Garganera, the deputy chief implementor of the EOC, said that Vice Mayor Michael Rama has been accomodating in their regular session on January 7, 2021, and showed that he was willing to listen to the stakeholders over the conduct of the Sinulog festival.

“During the last session yesterday, he (Rama) was very accomodating actually. It’s the best move and the safest one,” said Garganera.

The EOC, the Cebu City Police Office (CCPO), the Department of Health in Central Visayas (DOH-7), and the medical society have expressed their dissent against a physical grand parade to be held at the South Road Properties (SRP).

The stakeholders have been asking for a change on the plans for the festival to ensure the safety of the public and amid this clamor, the Sinulog Foundation Incorporated (SFI) has finally given in to their requests.

The SFI and the steering committee of the Sinulog 2021 said all performances will now be pre-recorded and while the showdown will be streamed live, there will be no live event that will occur in a particular area in the city.

The contingents will be swabbed even in their localities to ensure that no transmission of the virus has occurred among the participants.

One contingent already has a positive case and that city contingent is in danger of being disqualified from the competition.

Vice Mayor Rama said he will be inspecting the practices of the contingents at random to check if they have been compliant with the health protocols.

If they fail to follow the health protocols in their rehearsals, they may face disqualification from the Sinulog showdown.

Rama said that SFI is now preparing how to safely conduct the filming of the performances whether they will be shot in their localities or in a common space such as the Cebu City Sports Complex at different schedules.

Whatever the mode or location of the filming will be, the EOC and the Cebu City Health will assist the filming to ensure the practice of health protocols. /rcg