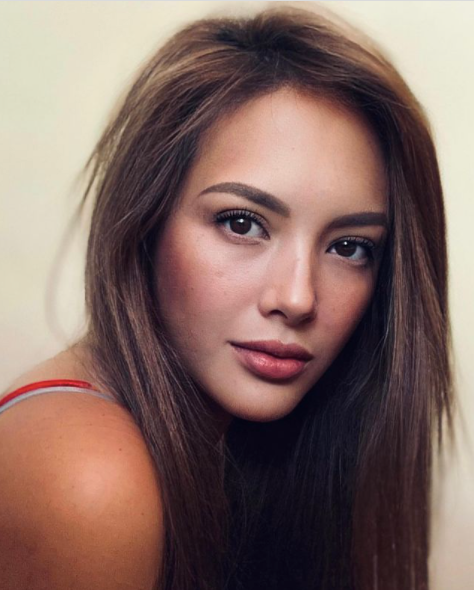 Ellen Adarna has revealed that a mental health training program has not only transformed herself, it also changed her relationship with her ex-boyfriend John Lloyd Cruz.

The actress has been open about what she went through in the two-week KoKoro program in Bali, Indonesia last March 2020, which she said helped her out of a “black hole.” She had been diagnosed with anxiety, depression and post-traumatic stress disorder.

She has now spoken of the impact it has had on how she relates with Cruz in an interview with Preview last Saturday, Jan. 9. The two co-parent their son Elias.

It could be recalled that Adarna and Cruz made headlines when they became a couple in 2017 and dropped out of the showbiz scene. They kept their relationship low-key — even the birth of their son was not made public by them.

Adarna said in the interview that she went through postpartum depression, which was compounded with the loss of her father shortly before she gave birth.

She and Cruz were also having disagreements, as she explained, “You know, we weren’t compatible, obviously, that’s why we broke up. Of course, any normal break up hurts. You want things to work.”

Adarna tried counseling, therapy and medication but none were effective for her depression and anxiety.

She knew the KoKoro program was a drastic measure but she was willing to try anything at that point. True enough, she returned with a different outlook. She practices meditation for 40 minutes to an hour every day, which has helped in her healing process.

“It took two years for me to heal,” she said. “I really went on a downward spiral. I really lost it.”

When it comes to Cruz, she now has the hindsight to see her own faults. She said she had “so many [unresolved] issues” which she projected on him.

“Now I’m in a very good place. I can say I’m 100% okay. I feel my environment changed,” she said. “Like his approach to me, my relationship [with him has] changed without asking him to change. So I was just really the problem. (Laughs). How I viewed it, my thinking pattern was the problem.”

It has also made co-parenting smoother even if they are no longer together. She describes Cruz as a good father and realizes that “my son needs him as much as he needs me.”

“I see their relationship and I see how happy my son is when he is around. So that’s why I also have to work on myself,” she said in the interview. “Because when I had my issues with JL, [I thought], okay, if I don’t allow my son to see his father, how will I tell him [it’s] because I had animosity towards [his] father? Damay pa yung bata sa mga issues ko.” (The kid would be affected by my issues.)

Addressing her mental health issues has also led her to make a showbiz comeback. She stars in the TV5 sitcom “John en Ellen” which will air on Jan. 24.

She accepted the project, keeping in mind that she would still have time with her son. And while she was shooting for five days, Elias was able to be with Cruz.

She also said that she is now able to manage her emotions, which previously could have led to panic attacks.

“I can identify when an emotion is coming: like what am I feeling, how am I feeling, why am I feeling this? If I react like this, what’s the outcome?” she added. “[Ever] since I had that kind of thinking, things have been so smooth.” Niña V. Guno/JB