With the recent noteworthy success of the BL (Boy’s Love) genre in the Philippine TV and movie industry, J.R. Versales, a Cebu-based actor and model, expresses his excitement for his role in the BL movie entitled “Run” showing this January 2021.

Written and helmed by theater Director and Filmmaker Mel Magno, “Run” follows the story of two young men who fell in love with each other and are running away from an unaccepting society.

J.R. Versales, who hails from Masbate and is currently studying and working in Cebu, was surprised when he was informed that he got the lead role (Gene) for Mel Magno’s film. 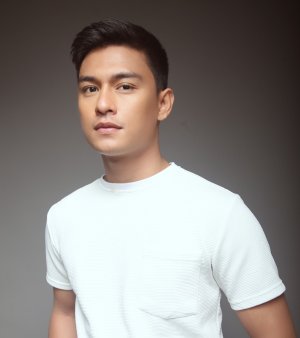 “When I was informed that I got the role, I was still at Cebu and had to be in Manila in three to four days for the filming. My preparation for this project was rushed but seeing it as a challenge, I know that I just had to do my best,” he said.

Far from his previous works in “Seklusyon” (2016) and “Signal Rock” (2018), J.R. shares with CDN Digital his experiences and challenges in shooting “Run.”

“With the current pandemic, the shoot was very different to say the least. We’ve had stricter crowd control, and strict health protocols had to be followed. Nonetheless, it was a great experience with the help of our director and our production team,” said J.R.

As the story is centered in the character of Gene, who grew up being maltreated by his father (a military official) for his sexuality, J.R. saw it fitting to pour his heart and ideas in portraying the role.

“During our shoots, I realized the gravity of playing the role of Gene. His story is something that is happening on real accounts from real people and portraying these experiences half-heartedly would be rude. That’s why I gave it my all even to the extent of having bruises due to the fight scenes. I know that it will all be worth it,” he said.

J.R. also added that he was very grateful for being chosen for the role and for Director Mel Magno.

“I’ve really learned a lot while filming for this movie and it was all thanks to the constant guidance of Direk Mel. He was very patient with us and very vocal with how he wants us to execute the scenes. He made us understand what the film is really all about and how the story of the characters should not be taken lightly,” J.R. said.

Considering that there are now various BL themed series and films in the industry, it wouldn’t come as a surprise that some fans are looking forward to the “kilig” moments shared in the BL genre. But according to J.R., “Run” is not just about romance.

“Most movies or series in the BL genre is often regarded for the sweet and fun moments shared by the male characters. While those moments are indeed “kilig”, our film, “Run”, is more than that. It is reflective of the harsh reality that the LGBTQ (lesbian, gay, bisexual, transgender, questioning [queer])community faces in their lives and having to show those themes to our viewers raises awareness and realization. It’s in this film that people will realize that everyone is free to love who they want regardless of gender,” J.R. said.