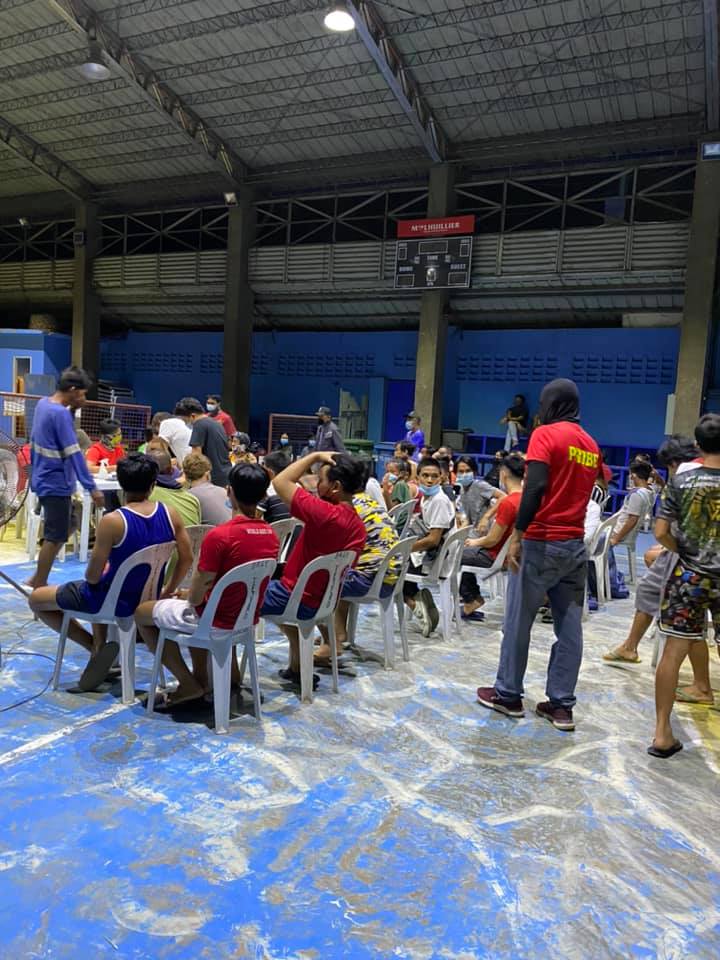 The situation at the Tejero Gym detention facility. | Contributed photo

CEBU CITY, Philippines — Cebu City Mayor Edgardo Labella has ordered the investigation on the police and other city agencies who apprehended workers after curfew hours despite showing their Certificates of Employment.

The mayor, on January 27, 2021, ordered the City Legal Office (CLO) to find out why the workers were apprehended, taken to the Tejero Gym, even if they showed their certificates of employment (COEs).

Labella said that workers should be allowed to go to work or go home from work despite curfew hours. They can only be apprehended if they are going out for leisure like drinking and partying.

Workers travelling to and from work should only show their COEs at checkpoints or upon inquiry of law enforcers.

The mayor said apprehending the workers when travelling to and from work is unreasonable.

In a Facebook post of a netizen, a worker who was apprehended on his way to work showed that at the temporary detention facility at the Tejero gym, the minimum health protocols were seemingly violated.

“We [were] brought to Tejero Gym and promised our licenses will be released after filling up forms, only to find out we will be detained for 12 hours. Close to a hundred people here without health protocols and no person in charge,” said the netizen, who requested not to be named.

The mayor was concerned with this as the detention facility was for quarantine violators and should not be a cause for the spread of the coronavirus.

He ordered all agencies operating the facility to ensure that minimum health protocols be followed immediately before the facility will be the cause of another spike in cases.