True love: A mother dog turns down adoption to be with her puppies 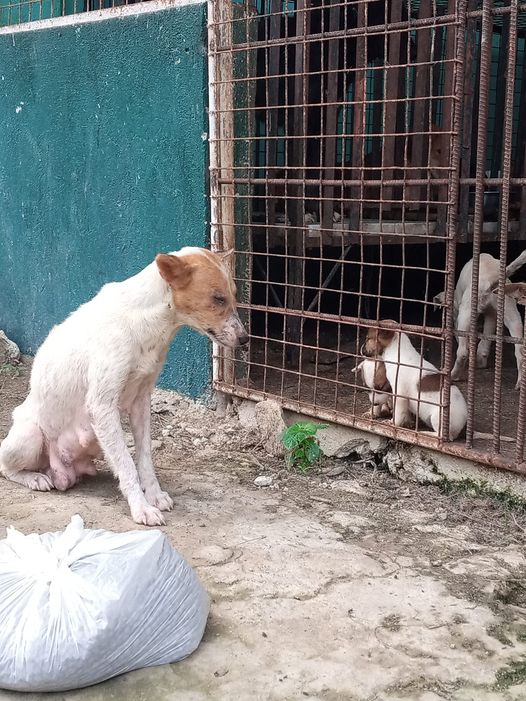 A mother dog in Cebu chooses to stay with her puppy rather than be adopted by a new owner. | Contributed photo

CEBU CITY, Philippines— Here’s solid proof of a mother’s love for her children.

A mother dog in a shelter in southern Cebu chose to stay with her puppies and face being put to death by euthanasia rather than be saved by a new owner.

Alexa Yna, a volunteer and an advocate of stray and rescued dogs, shared this story with CDN Digital on Wednesday, February 3, 2021.

She said that a shelter in a southern town in Cebu has 35 dogs scheduled to be euthanized if they won’t be adopted by next week.

One of these dogs is a mother of two puppies. She had a chance of being saved as someone was willing to adopt her but without her puppies.

However, Yna says the mother didn’t want to leave her puppies, as seen in a photo shared to CDN Digital.

“She has the chance to escape from death row but she chooses to stay.. #MothersLove #NoOneLeftBehind  Please Open your Loving Home for them. Mama dog and 2 female babies. Screening of adopters are now officially open!,” Yna posted in her social media account.

Out of the 50 rescued dogs set for euthanasia, only 35, including the mother dog and her two female puppies, are left without new owners as of Tuesday, February 2, 2021.

Let’s try to find these friends of ours some new owners to save them from death. Let the mother dog’s love for her puppies inspire us to this for them.