Cebu City to get P50M annually from modernized Carbon Market 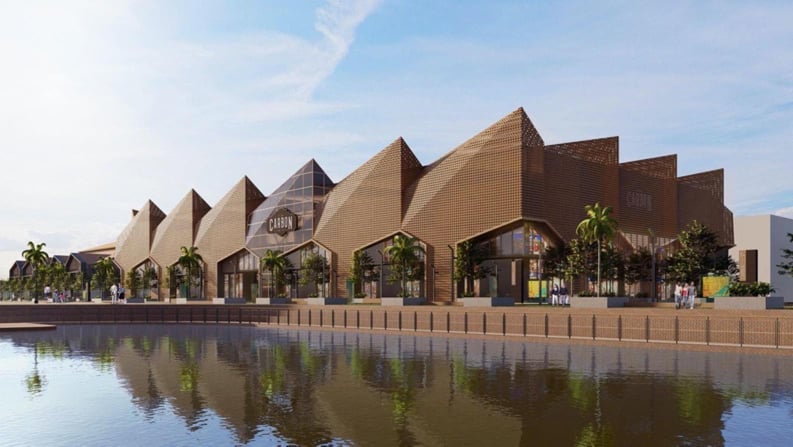 This is how Megawide plans to develop the Carbon Market in Cebu City.

CEBU CITY, Philippines — Cebu City should get around P50 million annually once the modernized Carbon Market is operational.

According to Louis Ferrer, the executive director for infrastructure of Megawide, this was the agreed minimum guaranty the city will get for allowing Megawide to modernize and co-operate the market.

This means that within the 50 years concession of Megawide for the Carbon Market, the city will receive a total of P2.5 billion.

The city is also expected to earn more with the taxes from establishments that would lease the commercial spaces of Carbon Market.

As for Megawide, they said the P5.5 billion project is an “envisioned” project for the island’s largest markets, so they will not be earning anything from the public market.

However, Megawide will be pulling profits from the other commercial areas in the Carbon Market particularly from the Boccarria, the Puso 24/7 tiangge, the seaport, and the city check-in facility.

These areas will be built from Block 3 to Block 5 of the Carbon Market. Megawide will also manage most of its operations.

Ferrer said that the Carbon Market will continue to be a public space, but more tourist-friendly and of world-class caliber.

“We wanted Carbon Market to be a world-class tourist destination in the heart of Cebu,” said Ferrer.

While the Megawide assists in the management of the Carbon Market, the entire facility will remain to be a property of the Cebu City government.

After the 50-year concession, the entire market will be turned over to Cebu City unless Megawide gets renewed. /rcg