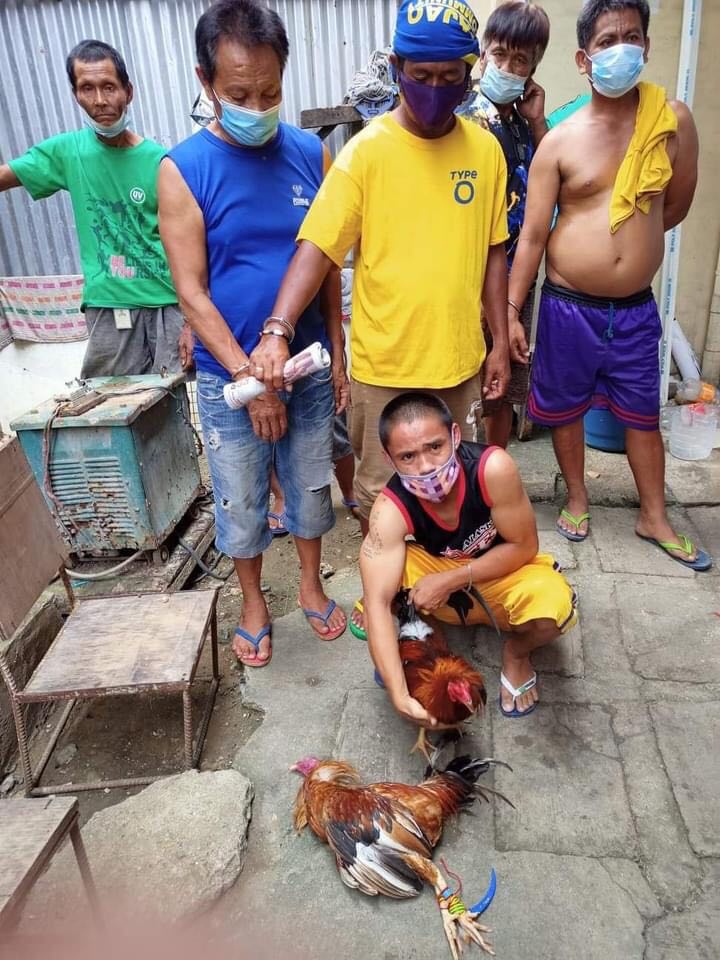 These are the 7 men, who were caught engaging in illegal cockfighting or tigbakay in Barangay Tejero, Cebu City at past 1 p.m. of February 7. | Photo from Paul Lauro

According to a police report, Dioleto Lutero, 50; Jessie Zamora, 57; and Yelmo Juson, 31; from Sitio Silangan 2, who are beneficiaries of the Social Amelioration Program (SAP) of the government, were among those caught engaging in tigbakay in the sitio at 1:30 p.m. today, February 7.

SAP is a program of  President Rodrigo Duterte that aims to provide all low-income households with financial assistance to support and help them during this coronavirus disease 2019 (COVID-19) pandemic.

The suspects were detained at the Pari-an Police Station detention cell pending the filing of illegal gambling charges.