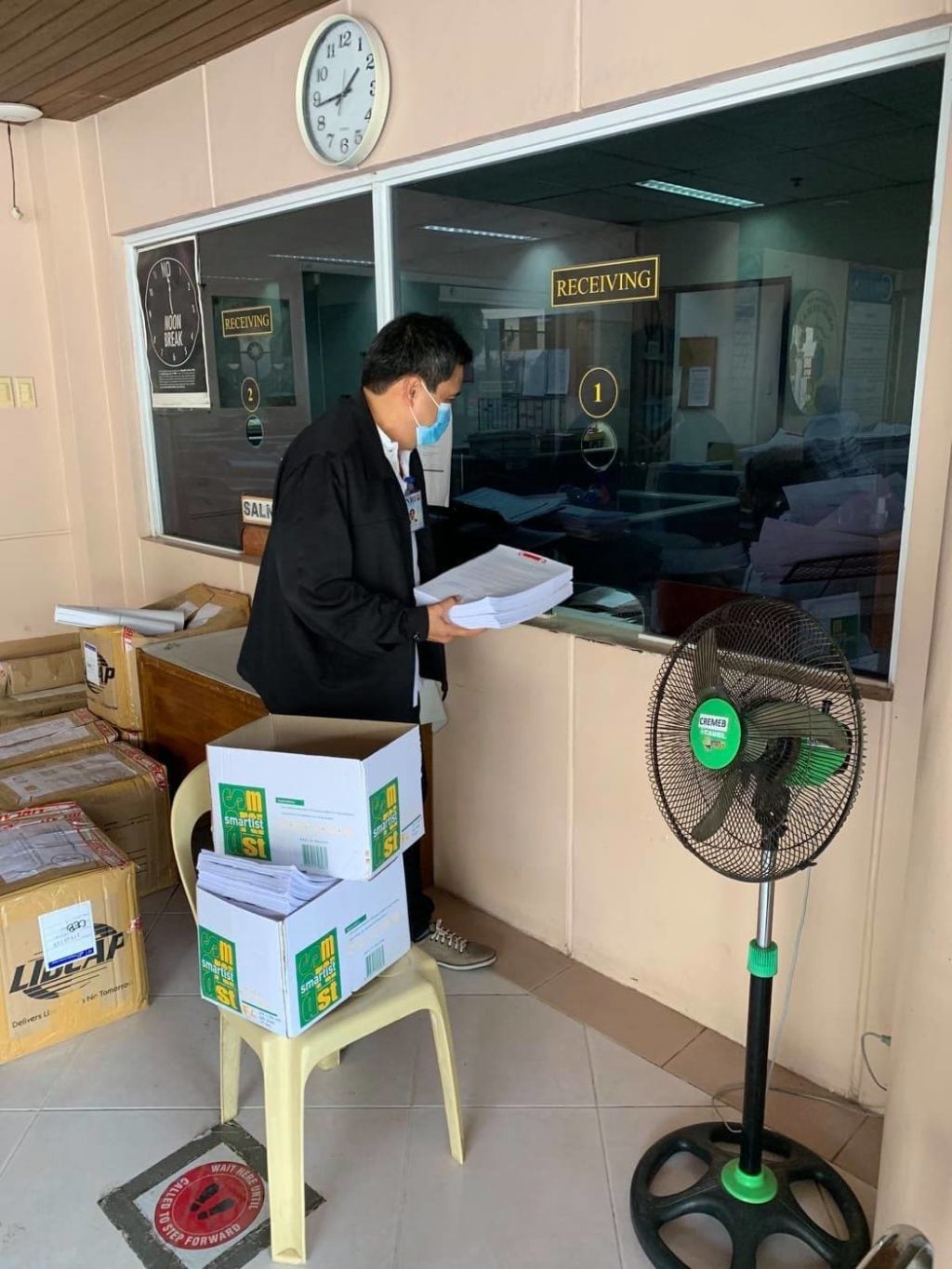 On February 8, 2021, NBI-7 filed another set of complaints against officials of PhilHealth-7 and Chong Hua Hospital in Cebu City for allegedly violating the Anti-Graft and Corrupt Practices Act, and committing malversation of funds through falsification of public documents. | Contributed photo

The National Bureau of Investigation in Central Visayas (NBI-7) lodged before the Office of the Ombudsman cases against officials of PhilHealth in Central Visayas (PhilHealth-7) and Chong Hua Hospital for allegedly violating the Anti-Graft and Corrupt Practices Act, and malversation of public funds by falsifying documents.

Ten PhilHealth-7 officials, including two John Does, and three officers from Chong Hua Hospital were named as respondents.

The investigation from NBI-7 showed that executives of PhilHealth-7 failed to scrutinize documents from Chong Hua Hospital which they believed were falsified.

NBI-7 Supervising Agent, Arnel Pura, in an interview on Tuesday, February 9, said they found out that the hospital filed for a COVID-19 claim amounting to P193,000 from a 41-year-old patient who died due to kidney failure.

CDN Digital has opted not to disclose the name of the patient, who is from Barangay Cogon, Carmen town in northern Cebu, as per request by authorities.

“He was confined at Chong Hua Hospital in Cebu City last March 30, 2020, after he complained of dyspnea or shortness of breath. Due to increasing bills, he was transferred to Sotto (Vicente Sotto Memorial Medical Center) on March 31, 2020. He died 10 days later,” Pura said.

He added that further investigation led them to discover that the male patient was not qualified to receive coronavirus reimbursements from PhilHealth due to multiple reasons.

These include his ineligibility since he was no longer an active healthcare worker, and that he already tested negative of SARS-CoV-2, the causative agent of COVID-19, through real-time polymerase chain reaction (RT-PCR) tests.

“We also found out that the billing and finance department of the hospital falsified documents in an attempt to prove that the patient died of COVID. They forged the signatures of a doctor and the representative,” said Pura in Cebuano.

CDN Digital has reached out to PhilHealth-7 and Chong Hua Hospital for their comments. Their respective representatives, in separate messages, said they will be issuing official statements anytime soon.

It can be recalled that NBI-7 also filed cases for violating the Anti-Graft and Corrupt Practices against executives and workers from PhilHealth-7 and Perpetual Succour Hospital Inc. last October 2020 for upcasing.

Upcasing is fraudulent activity, notorious within the healthcare industry in which conspirators upgrade a patient’s case to claim for higher reimbursements. /rcg