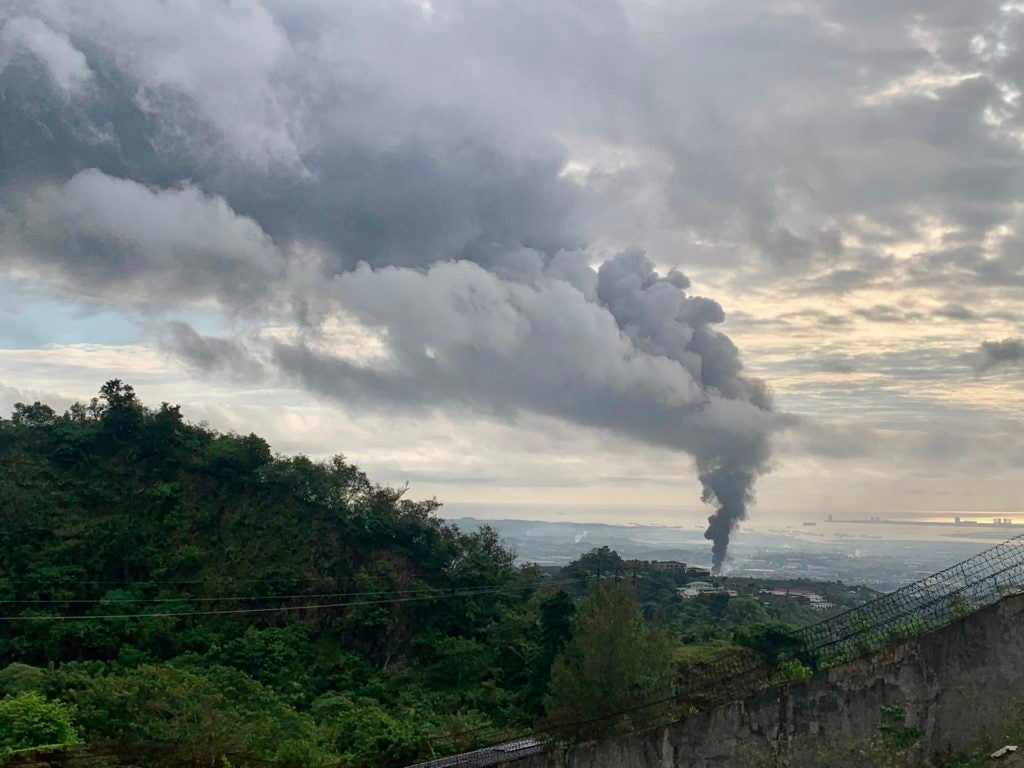 Smoke rises from the fire in Sitio Pilit in Barangay Cabancalan in Mandaue City as seen in this photo from the hills of Busay in Cebu City on Thursday morning, February 11, 2021. | CDN Digital phohto

Initial details from the Mandaue City Fire Station (MCFS) said it received the fire alarm at 2:37 a.m and was raised to the third alarm at 3:06 a.m.

Fire fighting operations in the area are still ongoing as of this posting.

According to Felix Suico Jr., operations head of the Mandaue City Disaster Risk Reduction Management Office (MCDRRMO), there are no houses affected as the fire is controlled and is within the company’s compound.

Suico added the security guard of the warehouse, who was the only person left at the storehouse when the fire started, said he had no idea what caused the fire. It is said the warehouse has no night operations.

Investigators from the Mandaue City Fire Department are still working to determine the cause of the fire.